Testing for Parkinson's Before it Strikes 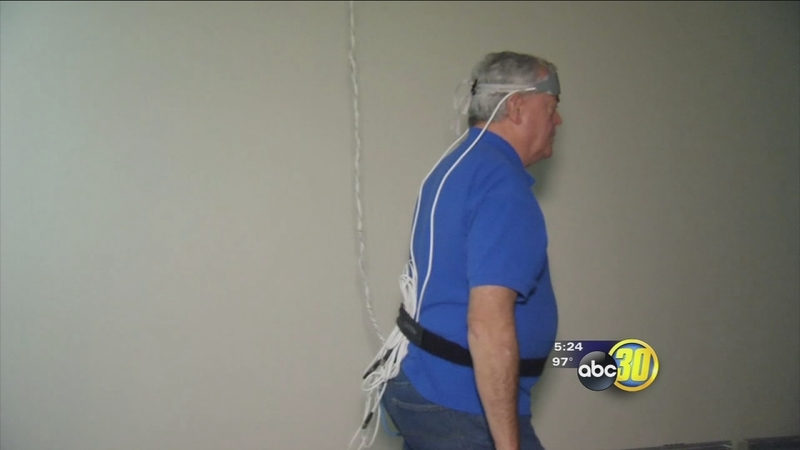 Testing for Parkinson?s Before it Strikes

NEW YORK CITY. (KFSN) -- For patients with brain disorders like Parkinson's disease, early diagnosis can mean earlier intervention and treatment. Right now most patients are not diagnosed until they are showing symptoms of the disease. Researchers have now developed a system that can detect Parkinson's-like brain changes well before anyone sees signs of the disease.

Seventy-one year old Timothy "Ted" McCarthy is retired from the NYPD, but prides himself on staying sound in mind and body.

McCarthy told Ivanhoe, "I see other people and they are around the same age as me. I don't think they are as spry or mentally alert."

With a family history of dementia, McCarthy is determined to stay healthy as long as he can.

The pre-frontal cortex ,"is involved in many important higher order functionings, like task switching, organization, planning, everything we need on a daily basis," explained Jeannette R. Mahoney, PhD, an assistant professor at Albert Einstein College of Medicine in New York City.

During tests, researchers ask participants to walk and talk at the same time.

"Dividing this attention is sometimes a problem when you get old, or when you have early signs of disease of the brain, like Alzheimer's, Parkinson's or stroke," said Joe Verghese, MD, the chief of geriatrics at Albert Einstein College of Medicine.

With fNIRS , patients are able to move around freely, unlike an MRI. Researchers say those who have mild parkinsonian symptoms don't look like they are having a tough time.

"Until you examine the brain using fNIR and you discover it is actually straining the brain to do a simple task," Dr. Verghese told Ivanhoe.

Researchers say by identifying problems early on, they can intervene right away.

McCarthy has been part of the research for five years and is showing no indication of dementia or Parkinson's. The fNIRS system was developed by Drexel University in Philadelphia and is also being used by researchers at Albert Einstein College of Medicine in New York City.