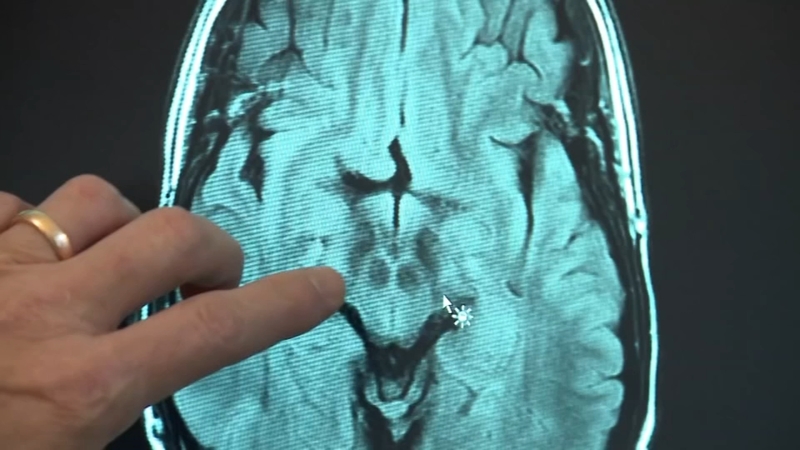 NASHVILLE, Tenn. -- About 60,000 people in the US are diagnosed with Parkinson's disease each year. Now results from a study show one particular surgical treatment may become the first line of defense when it comes to treating one of Parkinson's most common symptoms.

Dale Nevels didn't think much at first about his shaky hands. Then one night he was having dinner with a client and they asked him whether he was going to drive home.

"I said, I'm staying at a hotel across the street. Why would you ask that? And he said, 'because your hands are shaking so bad, we think you've been drinking too much,'" said Nevels.

That led Nevels to go see his doctor. The diagnosis was Parkinson's disease. Tremors, or shaking of the hands, feet, or legs, occurs in 70 percent of Parkinson's patients. Current treatments help control the symptoms. But ...

David Charles, MD, a Neurologist at Vanderbilt University said, "all of the therapies that we currently have available do not change the progression of the disease."

Researchers at Vanderbilt University have found that deep brain stimulation, or DBS, may slow the progression of tremors in early-stage patients.

Dr. Charles said, "The patients that received optimal medical therapy were seven times more likely to have tremor develop in an additional body segment over the course of the study compared to those that received DBS."

Nevels took part in the trial, even though he had to stop taking his Parkinson's medications, putting him at risk for worsening symptoms, but he has never regretted it.

Nevels shared, "The surgeon that did the surgery for me came into my room the next morning and he said, 'I can assure you got five good years.' But I'm in my 12th year."

Giving him time and a steady hand to hold onto those he loves the most.