Cheap flights from Fresno to San Diego, and what to do once you're there 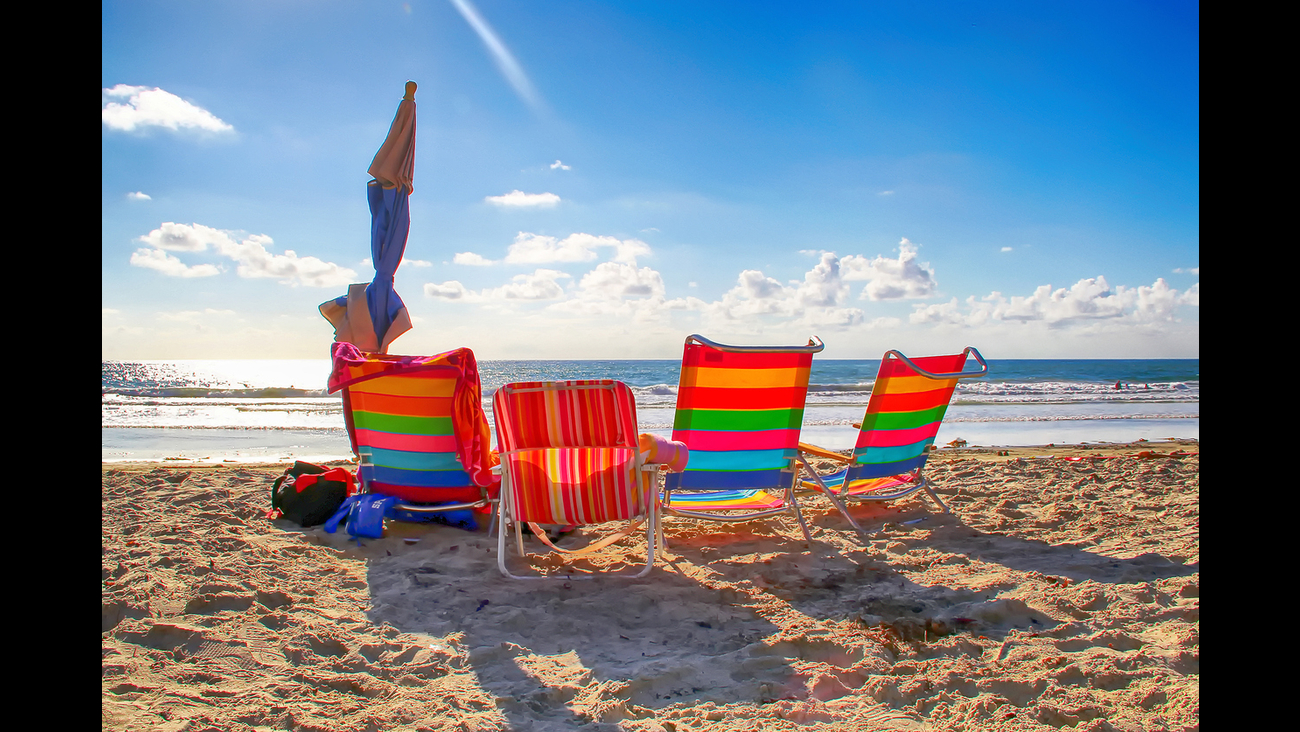 Have you been craving a beach getaway? San Diego offers plenty of sandy beaches and sunny days, with a laid-back vibe and the best border town tacos you can find.

The city's top-rated local craft brewing industry is a major draw, along with the famous San Diego Zoo, other amusement parks and many historic sites from the city's Spanish and Mexican heritage. And San Diego's deep-water harbor supports a wide range of coastal activities, including sightseeing cruises, whale-watching and Southern California's largest sport fishing fleet.

Whether you're trying to jet set ASAP or you're looking to plan ahead based on the cheapest fares, take a look at these forthcoming flights between Fresno and San Diego, which we pulled from travel site Skyscanner.

We've also included popular hotels, restaurants and attractions in San Diego to get you excited about your next excursion.

Currently, the cheapest flights between Fresno and San Diego are if you leave on May 22 and return on May 25. Alaska Airlines currently has roundtrip tickets for $151.

There are also deals to be had in July. If you fly out of Fresno on July 16 and return from San Diego on July 20, Alaska Airlines can get you there and back for $152 roundtrip.

To plan your stay, here are some of San Diego's top-rated hotels, according to Skyscanner, that we selected based on price, proximity to things to do and customer satisfaction.

If you're looking to treat yourself, consider The Hotel del Coronado. The hotel has a 4.6-star rating on Skyscanner, and rooms are currently available for $290.

"This hotel is nothing short of beautiful. The ambiance is to die for and luxurious beyond belief," wrote visitor Holly.

Set in the heart of San Diego, this hotel is close to Westfield Horton Plaza, Petco Park and the San Diego Convention Center.

If you're looking for an inexpensive place to stay, try The Lafayette Hotel, Swim Club & Bungalows. The 4.6-star hotel has rooms for $79/night.

Don't miss San Diego's food scene, with plenty of popular spots to get your fill of local cuisine. Here are a few of the top-rated eateries from Skyscanner's listings.

Let's start with the essentials: dessert. For a popular option, check out Extraordinary Desserts, which has an average of 4.7 stars out of 160 reviews on Skyscanner.

"A very nice place to hang out with friends and share some beautifully decorated treats," wrote visitor Roque. "I loved the fresh fruit tartlets. They're so delicious and beautiful to see that you will never want to eat them!"

One of San Diego's most popular restaurants is The Prado at Balboa Park, with 4.6 stars from 133 reviews.

Set in the rich landscape and finely manicured gardens, the Prado Restaurant is located at the historic House of Hospitality in the center of San Diego.

Also worth considering is Mister A's, which offers spectacular views of the city.

"The place is beautiful, the view is gorgeous and the food is amazing!" wrote Makiah.

"Favorite place to grab a burger, and it is so cheap," wrote Kim. "Freshly made fries and milkshakes made with real ice cream round out a great meal!"

To round out your trip, San Diego offers plenty of popular attractions worth visiting. Here are some top recommendations, based on Skyscanner's descriptions and reviews.

First up is The San Diego Zoo.

The San Diego Zoo houses over 4,000 animals from more than 800 species. At over 100 acres, the zoo offers exhibits that run the gamut of the world's ecosystems: rainforest, savanna, desert and more.

Along with countless green spaces and gardens, the urban park is home to multiple museums, shops, restaurants and, most famously, the San Diego Zoo. Many of the buildings within the park were built for California expos in the early 20th century, and are now protected as prime examples of architecture from that period.

Lastly, consider checking out The Gaslamp Quarter, which is alive with activity almost every day (and night) of the week.

Bordered by the water and downtown San Diego, the Gaslamp is home to some of the nicest hotels and swankiest hot spots San Diego has to offer, including the Planet Hollywood concert venue and Nobu Sushi restaurant.

"Great places for food, drink and nightlife. A lovely historic part of San Diego with a great feel to it," wrote visitor Derek.
---

This story was created automatically using flight, hotel, and local attractions data, then reviewed by an editor. Click here for more about what we're doing. Got thoughts? Go here to share your feedback.
Report a correction or typo
Related topics:
health & fitnessfresnohoodline
More Videos
From CNN Newsource affiliates
TOP STORIES