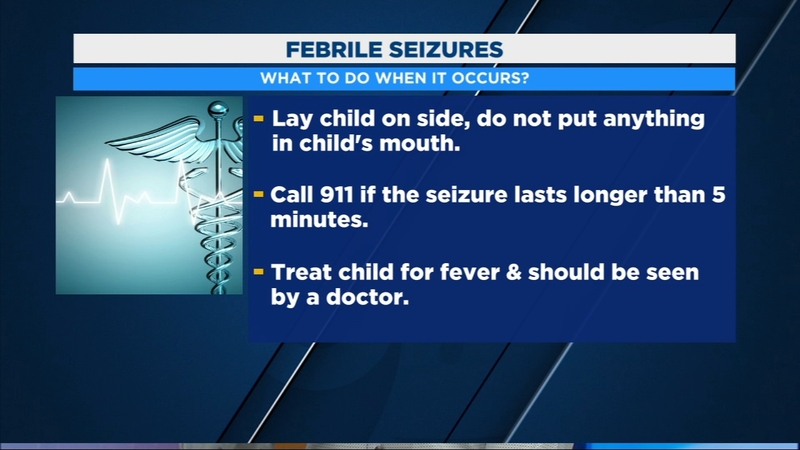 A seizure is caused by abnormal, excessive, synchronized electrical activity in the brain.

A febrile seizure is a seizure triggered by fever.

Febrile seizures are very common and will occur in about one out of twenty-five children between the ages of six months and five years old.
o Occur most commonly between 12-18 months old.
o Slightly more common in boys.
o More common in children whose parents or siblings had febrile seizures.
o Generally caused by viral infections and occur on the first day of illness.

Simple febrile seizures are usually caused by common viruses and do not require testing.

Complex febrile seizures have a slightly higher chance of being caused by more serious bacterial infections and may require blood tests and a lumbar puncture (spinal tap).

Although febrile seizures are very frightening to witness, they are generally harmless and do not cause brain damage.

What should you do if your child has a febrile seizure?
o Lay the child on his or her side.
o Do not put anything in his or her mouth.
o Call 911 if the seizure lasts longer than five minutes.
o After the seizure has stopped and the child returns to normal: treat the fever with medicine, remove clothing, wet the skin, and give plenty of fluids to drink.

If your child has a febrile seizure, he or she should be seen by a doctor, but usually the treatment will consist only of medicine for fever.

Other medicines, like sedatives (benzodiazepines) and seizure (antiepileptic/anticonvulsant) medications are rarely needed for febrile seizures.

Here is the full transcript of our conversation with Dr. Clint Pollack:

Dr. Clint Pollack: So febrile seizures are very common among young kids, especially kids under five- years old. About one out of 25 kids under five-years old will have a febrile seizure, and basically that's a seizure that's triggered by fever. It can be any height of fever, although generally it is a higher fever. Usually they're brief, they last generally a few minutes. It can be up to 10-15 minutes, and although they're very scary looking, they're not harmful. They don't cause brain damage.

Margot: And why do they happen?

Dr. Clint Pollack: Kids' brains and nervous systems are not fully developed. They don't finish developing until you're in your 20's actually. So younger kids especially, because their brains, the pathways of the neurons in the brain are immature and not fully developed, it's easier for the electrical activity to get out of control. When you have a fever it makes everything in your body go faster, it makes your heartbeat faster, it makes your breathing faster. It makes all the chemical reactions and electrical reactions in your brain go faster. Because the brain of a young child is immature, it can get out of control and cause a seizure.

Tony: My cousin's son had these when he was younger, and of course as a parent you freak out. They rushed to the ER, but they were told it was okay. Is that for everyone? Is that the advice to take home?

Dr. Clint Pollack: Generally yes, the treatment for them is generally just treating the fever we talked about before. Giving them medicine for the fever, taking their clothes off, wetting the skin, drinking lots of liquids. Very rarely give any seizure medicine for febrile seizure because it's very different from epilepsy which are seizures without fever.

Margot: And when do they become dangerous?

Dr. Clint Pollack: So if it's a very long one, longer than 10-15 minutes, it can be harmful. If they're happening frequently over and over again it can be harmful. The recommendation is if your child is having a seizure that lasts longer than five minutes call 9-1-1, the ambulance will come. If they're still have a seizure, they will probably give them a sedative that will stop the seizure. Kids should be seen by a doctor to be checked out but the vast majority of the time the seizure is caused by a fever, the fever is caused by a common virus and there's not specific treatment for it other than treating the fever.

Tony: Are there any signs to know they're coming besides the fever?

Dr. Clint Pollack: No, just very briefly before the seizure starts the child may start acting weird, becoming less responsive, sometimes eye-rolling, and lip-smacking things like that before it generalizes into a full blown seizure.

Margot: But there's no long-term damage?

Margot: But it's very scary and unnerving for a parent to see their child convulsing and not know what causes it.

Dr. Clint Pollack: It's generally just caused by mild viruses, routine viruses. If your child has a seizure you want to lie them down on the ground, you want to turn them on their side. Sometimes kids will throw up when they have a seizure so you want to make sure they're not choking on anything. Don't put anything in their mouth; usually they're going to clench down and you do not want to put your finger or anything in their mouth. And again, if it lasts longer than five minutes, call 9-1-1.
Report a correction or typo
Related topics:
health & fitnesshealthvalley childrens hospitaldoc talk
Copyright © 2021 KFSN-TV. All Rights Reserved.
DOC TALK 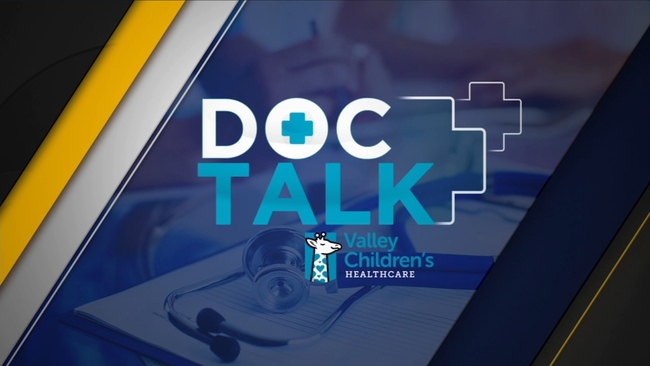 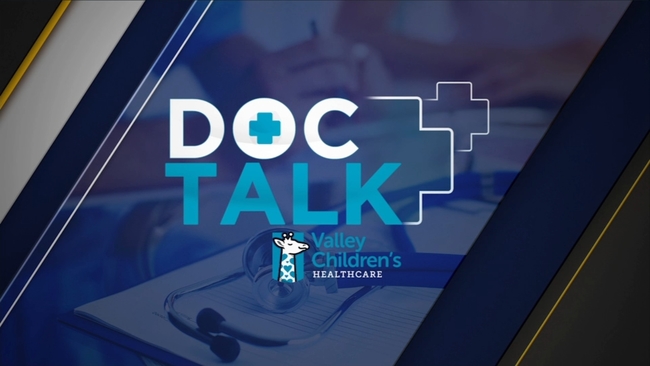 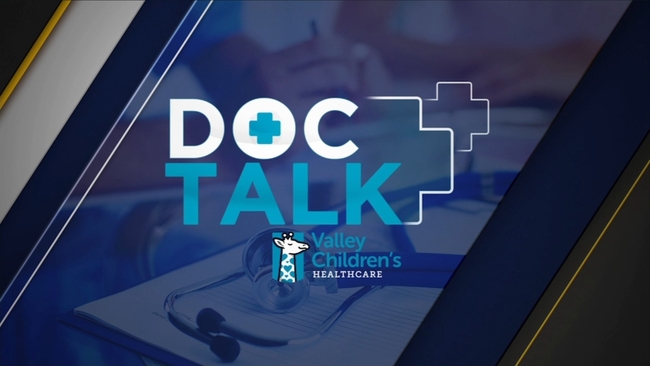 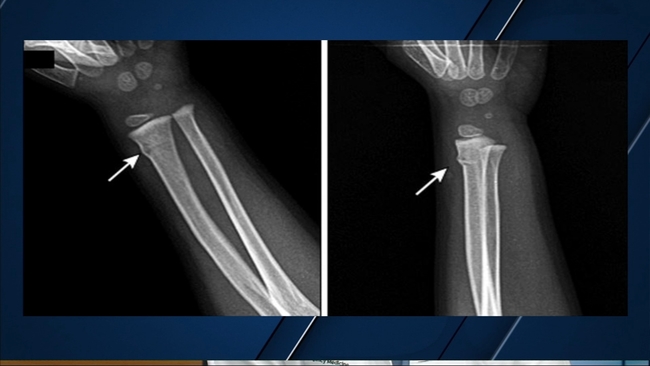