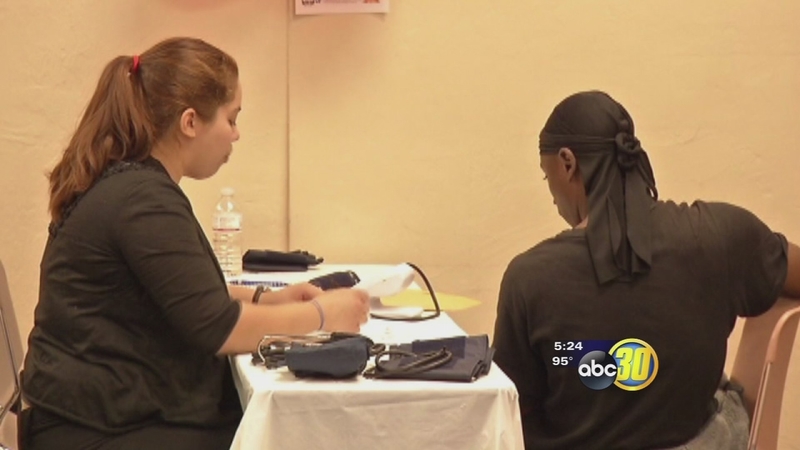 FRESNO, Calif. (KFSN) -- Does your mental health outcome depend on your age, gender, or race? Most people would like to think the answer is no, but studies show there are disparities.

But three doctors told her the same thing.

"I was too young to have the surgery," Whomsley told ABC30.

O'Connor told ABC30, "The term I like to use is, I'm not sure that a woman's voice is always heard as clearly."

One Canadian study found physicians who evaluated patients with moderate knee arthritis were 22 times more likely to recommend surgery for males. In another study, women were up to 23 percent less likely to receive opioid pain meds in the ER.

O'Connor said to ABC30, "Does the doctor think her pain is as bad as the woman says it is?"

Studies also show minorities are under-represented in clinical trials. African Americans only account for 5 percent of participants and Hispanics make up 1 percent.

Founding Director of HealthStreet at the University of Florida, Linda B. Cottler, Ph.D., MPH is trying to change that with HealthStreet. HealthStreet is an organization that recruits minorities for clinical trials and other services.

Cottler told ABC30, "It's important to have representation of all communities and populations in research, so that their voice can be heard."

Daryl Pastor, community health worker for HealthStreet, educates peoples in his community about the program.

Pastor told ABC30, "Our job is to try to include as many folks in health research as we possibly can."

Whomsley found a surgeon who did operate, and she's active and glad she didn't take no for an answer.

Whomsley told ABC30, "I did a 5K two months after my surgery!"

The most under-represented groups in clinical studies are Hispanics, African Americans, Asians, women and the elderly. Doctors say it's important to study these populations because certain diseases and conditions are more prevalent in different groups.

HealthStreet has served over 11,000 people and provided about 10,000 services. The organization has connected 40 percent of its recruits to studies.