Zika virus could be key to treat brain cancer, University of Texas says

KTRK
By Nick Natario
GALVESTON, Texas -- As soon as mosquitoes were found carrying the deadly Zika virus, work was underway to find a vaccine. Now, a few years later, that research has taken an unexpected turn.

"Nothing is guaranteed, but so far the data is very promising, and we would like to move step-by-step to moving into clinics as soon as possible," UTMB professor Pei-Yong Shi said.

Shi is talking about using Zika to fight the brain cancer known as glioblastoma. It's a fast acting, deadly form of cancer that most recently ended Sen. John McCain's life.

"Usually it's less than two years, in the average survivor is shorter than that," Shi said of the life expectancy. "It's very unfortunate, and in terms of therapy, there aren't many options."

That could end soon. For the past few years, they've used mice to see how the virus attacks brain cancer cells.

Mice with human brain cancer cells that were injected with Zika saw the amount of cancer cells reduce, and the mice lived longer lives.

Shi said the next step is human patients, which could come soon. He's hoping it could be a therapy option in a few years.

Right now, the focus is brain cancer, but his UTMB team wants to study Zika more, and see why this virus is attracted to cancer cells.

"We're very excited in this case. We're taking advantage of a bad side of a pathogen and trying to turn it into something useful for the human well-being," Shi said. "This is very, very exciting."
Report a correction or typo
Related topics:
health & fitnesstexasvaccinesu.s. & worldzika viruscancer
Copyright © 2020 KTRK-TV. All Rights Reserved.
ZIKA VIRUS 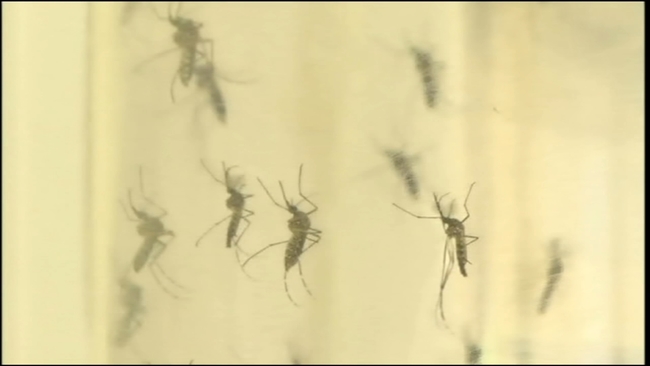