When CHP Officer Brent Donley learned a hiker was about to go down a waterfall, he didn't panic. Instead, he quickly began making a rope from his backpack's drawstring.
KFSN
By Christina Lopez
FRESNO, Calif. (KFSN) -- On Saturday, Christina Donley filmed a dramatic water rescue by her husband, Brent Donley, and other rescuers.

A day of hiking through Willow Creek Trail within the Sierra National Forest quickly turned into an intense water rescue for Donley, an off-duty CHP officer, and his wife.

"A lady approached me and said, 'Hey, do you have a rope?' And I said, 'No, I don't have a rope,' and she explained to me there was somebody in the water that was about to go down the waterfall," says Brett.

The scene became increasingly serious as time began to pass.

"I could see he was stuck. I walked over to where everybody was standing, and there was a bunch of people there, and they were trying to figure out what to do and how to get him out of the water."

Donley had to act fast.

"It's like a paracord-style drawstring. I had a knife; I always carry a knife, so I cut the drawstring out of it, and we tied two pieces together. I had my son-in-law grab one side, and I grabbed the other, and we stretched it out just to make sure it was strong enough to do what we were about to do."

What he and a group of about five others were about to do was rescue this man from the frigid waters of Angel Falls.

During the rescue, the man in the water explained to Donley he couldn't feel his arms and legs any longer.

From the time the call to 911 was placed around noon to the time the group completed the rescue, the entire event lasted about 10 minutes.

The Madera County Sheriff's Office says that's long enough to be in the cold waters of Angel Falls.

As visitors venture out to the Sierra National Forest earlier than usual this season, deputies warn of the dangers water crossings can have.

"As far as these trails and water crossings, that's something we want people to be extra cautious of. Be mindful that you're out here earlier than you normally would be during the year and that the water is deeper and swifter than the way it appears," says deputy Sara Jackson.

The Madera County Sheriff's Office says last year 90% of its water rescues were at Angel Falls. 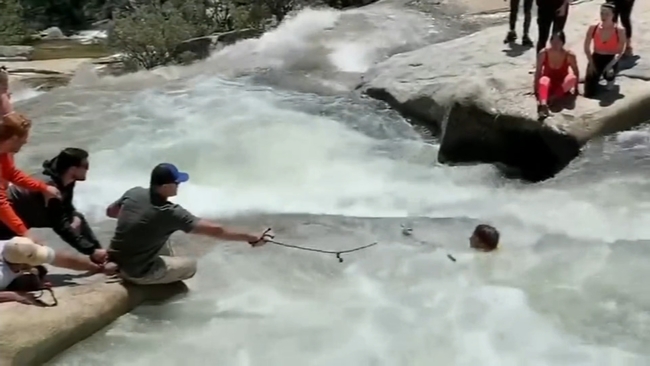 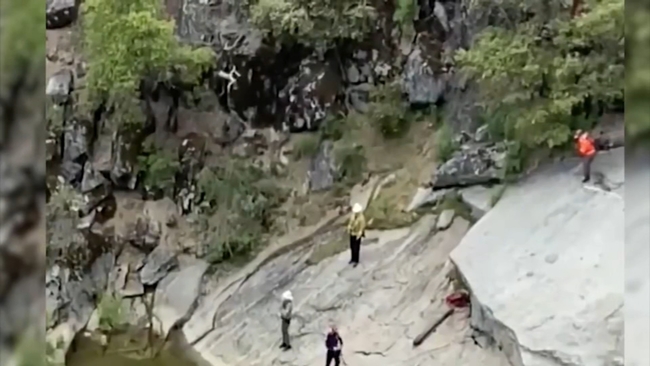