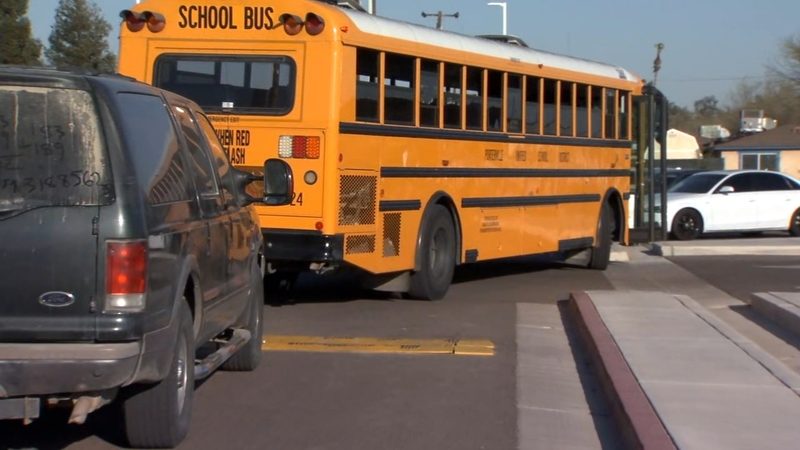 Woman pinned between bus and excursion at Caruthers Elementary, airlifted to hospital

FRESNO, Calif. (KFSN) -- California Highway Patrol says Melissa Gone has been released from the hospital after being pinned between a car and school bus near Caruthers Elementary School Tuesday afternoon.

CHP adds that the school bus was taking the Strathmore High School softball teams to a game at Caruthers.
While Gone's injuries seemed so severe that she was airlifted to CRMC, further examinations showed they were only minor non-life-threatening.

No students on the bus were injured in the incident.