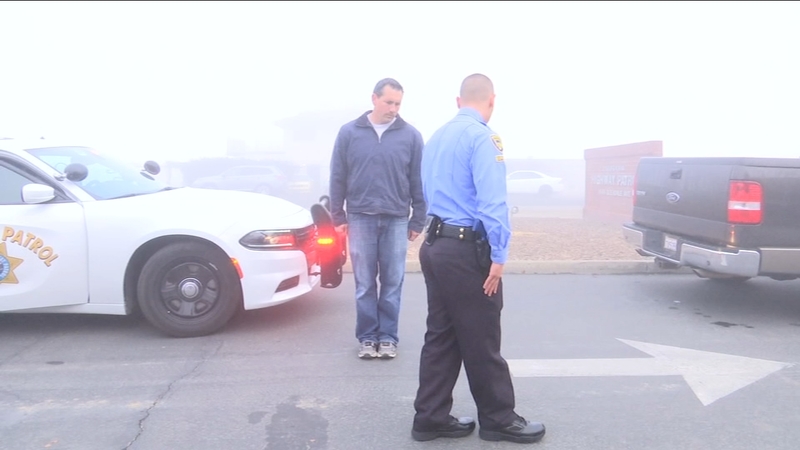 FRESNO, Calif. (KFSN) -- Holiday traffic means holiday traffic accidents. The number of fatalities in the Central Valley, from Modesto to Tejon Pass is up dramatically over last year's Christmas holiday.

"This time last year we had one fatal crash in the Central Valley over the holiday. Right now, we have 7 and we still have 24 hours to go at least," said California Highway Patrol officer Axel Reyes.

Statewide the numbers are also high, 19 fatalities so far this holiday compared to 9 last year.

Drunk or impaired driving is a major factor. On Sunday morning an accident sent a woman and three children to the hospital in Fresno at Highway 180 and Chestnut. The driver, husband and father to the victims, was arrested for driving under the influence.

From Friday night to Sunday morning the CHP has cited 148 drivers for being under the influence.

Just 8 incidents higher than this time last year. Statewide 882 citations have been issued, up about 90 from last year.

Along with impaired drivers, a big concern on the road is the expected wet weather.

"When the rains come people tend to not slow down as much as they should.we get a lot of spin-outs," Reyes said.

Reyes says excessive speed, inattentive driving and driving under the influence add to the weather problems.

Snow and ice could be issues in the mountains and on the Grapevine during this heavy holiday traffic season.