Thousands of dollars worth of lumber stolen from downtown Fresno business 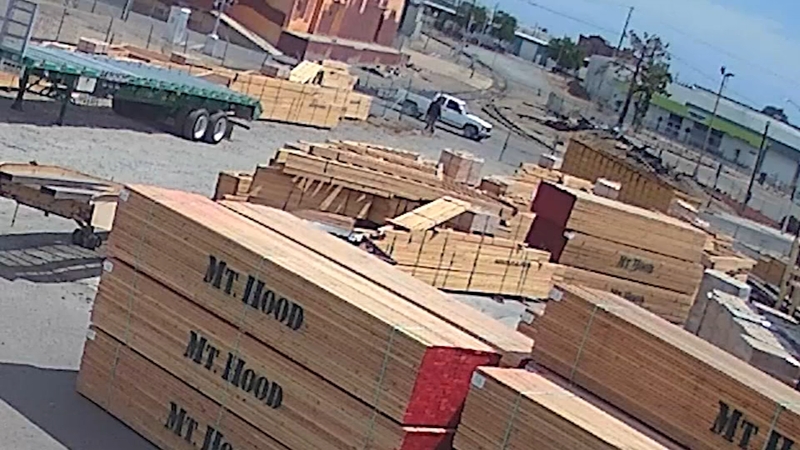 Thousands of dollars worth of lumber stolen from Fresno business

FRESNO, Calif. (KFSN) -- On Sunday, in just a matter of seconds, two men broke into the back gate of Holt Lumber in Downtown Fresno.

Partner David Powers says they are numb to theft because it's just all too common.

Downtown Fresno has been home to this family-owned business for nearly 100 years.

But Powers says lately, there's a continued problem with break-ins in the area.

He says this theft was a little more calculated than the others.

The thieves showed up with the right tools to cut the gate and they were in and out in eight minutes.

Powers says the continued thefts make it difficult for businesses in downtown to thrive and grow.

"It makes business hard, it slows down business," he said. "In the construction business today, everyone is busy. That one little hiccup really causes a chain effect that really affects everybody in our community."

Owner Brian Biglione says downtown is getting worse with break-ins happening during all times of the day.

A few months ago, they broke into his shop and stole a couple of welding and plasma cutting machines.

"There's got to be some consequences of the damages people are doing because it's thousands of dollars and at the end of the day, the consumer are paying for it," he said.

So, Biglione took matters in his own hands.

Since then, he's hired an armed security guard at night in hopes of curbing the thefts.

But Biglione and Powers say that's not enough. They are demanding more police presence and community support.

Powers says they will not give up.