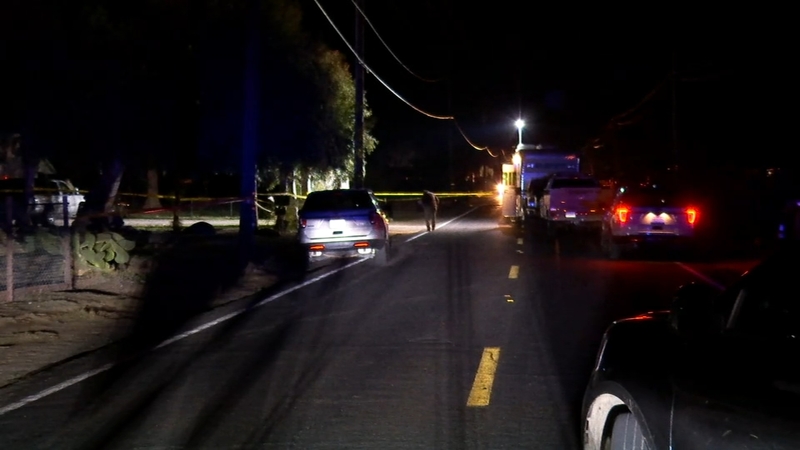 TULARE COUNTY, Calif. (KFSN) -- An altercation between a father and son ends in a deadly Woodlake shooting.

"Obviously, it was heated enough that a son ended up taking the life of his own father," says Tulare County Cpt. Joe Torres.


Torres says 32-year-old Arnold Martin shot and killed his father, Abel Martin, who authorities say was in his 60's.

When officers arrived to the home on Naranja Boulevard and Castle Rock Street, they found Abel dead and Arnold driving away from the scene.

"To hear that a family disturbance leads to the death of another family member, it is horrific and the family is going through a lot of pain and a lot of trauma at this point," Torres said.

Authorities tried pulling Arnold over, but he kept driving towards Three Rivers.


The pursuit finally came to an end at the Horse Creek Recreation Area off Highway 198.

"At that location, our officers attempted to have the suspect come out peacefully," Torres said. "We negotiated with him for nearly an hour before ultimately, he took his own life."

Torres says deputies attempted to aid Arnold, but he died from the self-inflicted injury.