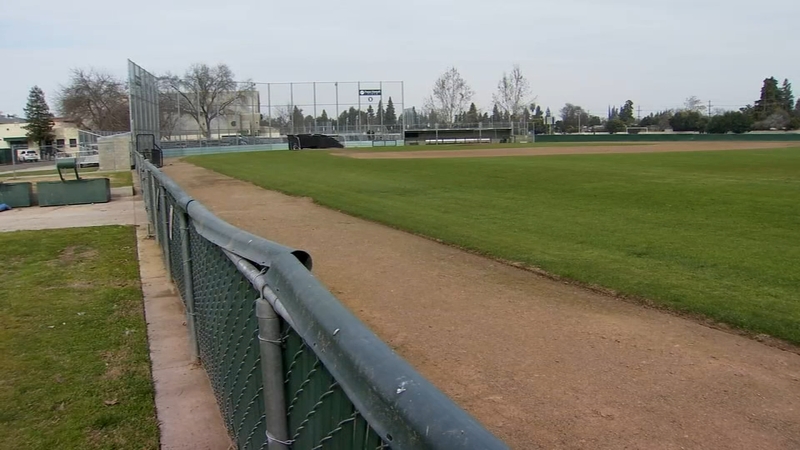 "I saw it and that was open and I knew I was the first here," says coach David Jones. "I just said something's wrong and my freaking gut dropped."

Jones says someone broke into the school grounds near Barstow and First and stole an ATV used to maintain the field. They believe it happened early Saturday morning.

The culprits had to pry open two different gates to get to the equipment -- the main one and the access gate.

The quad they stole is all black. It typically is under a tarp with a double-wrapped chain through the axel.

But Jones says you can tell by the way the chain was cut, the thief used some type of electric tool.

He says this is not only a violation but also an inconvenience for the entire team.

"The players and the coaches put the time in and outside of practice to keep the fields nice," he said.

A similar situation happened to Bullard's baseball program last May when thousands of dollars of equipment was stolen.

Thankfully, the community rallied behind the team to get student-athletes back on the field.

For now, Hoover players and coaches are "stepping up to the plate" to rake and drag the diamond by hand, something that would normally take 10 minutes to do.

While this may be an unfortunate setback, Jones says it's not a complete strikeout.

"A big piece in these kids being successful in school is athletics, that's why I coach," he said. "There are life lessons here. It's more than baseball and we are going to learn a lesson from this."

Fresno Police say they are searching for suspects and are asking anyone with video of the area or information to contact them.