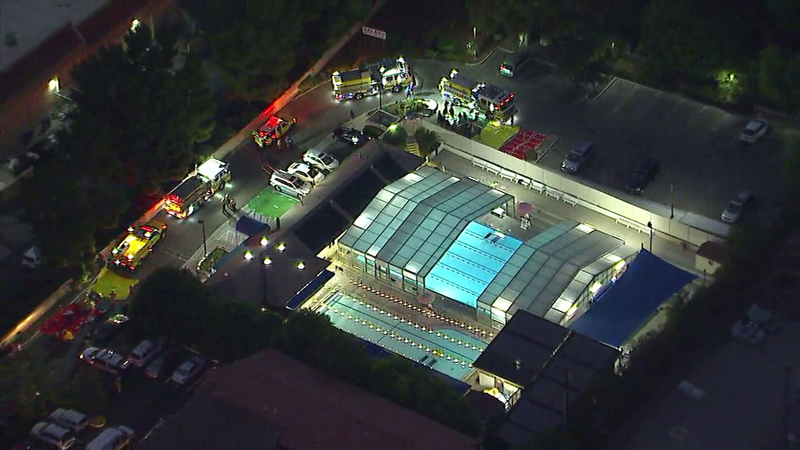 THOUSAND OAKS, Calif. -- Twelve people were sent to the hospital after being exposed to a pool chemical at a Thousand Oaks swim club on Wednesday evening, officials said.

The incident occurred at Daland Swim School on the 100 block of East Wilbur Rd. at about 6:30 p.m.

An accidental release of pool chemicals led to several people, including children, being affected and overcome by fumes. Eight were described as requiring "immediate" care and were quickly transferred to a hospital.

Seven others had minor injuries and did not have to be transferred immediately.

Patients were reported to have difficulty breathing. Simi Hospital and Los Robles Hospital treated the patients.

The incident was described as a mass casualty incident as ambulances arrived to the scene, and a triage area was set up nearby.

Uninjured patients were released to their parents.

Officials had urged the public to avoid the area of Wilbur and N. Moorpark Rd.