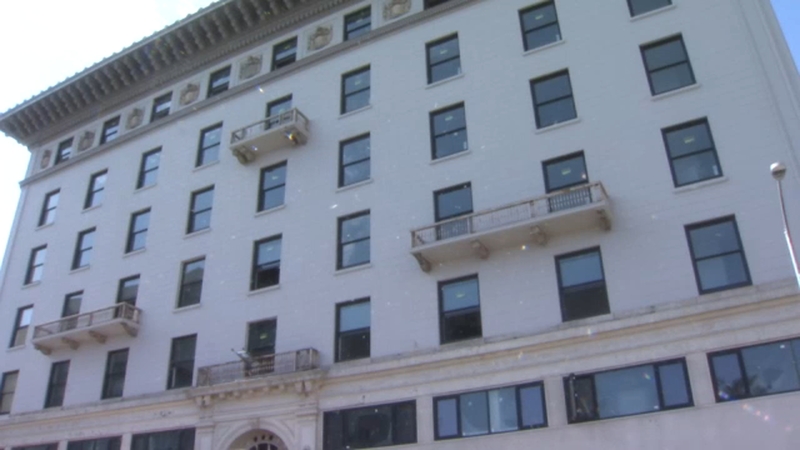 FRESNO, Calif. (KFSN) -- Fresno City leaders shifted their focus to affordable housing and homelessness Thursday while providing journalists a first-hand look at the progress being made at The Hotel Fresno.

The once-neglected building is getting a complete makeover from head to toe as officials say once complete, will help with the city's housing crisis.

"There aren't enough affordable homes for the income levels for many of our residents in the City of Fresno," says Fresno Mayor Jerry Dyer.

The $38 million renovation project began nearly two years ago and is said to be about 85% complete.

The hotel was named to the National Register of Historic Places so extra attention is being paid to everything, including the lobby which will be reserved for retail shops while affordable housing will take up the six other floors.

"It is extremely expensive to renovate a historical building but in my view, it's worth every single penny," says Fresno City Councilmember Miguel Arias.

Arias calls it the largest preservation project in Fresno history.

A building that has been empty for decades will soon serve as long-term housing for families and those who were once homeless.

"Our model has been very clear and effective," Arias said. "You can start off in an overnight shelter, move to a hotel that's been renovated for transitional housing and then get you to affordable housing."

But the biggest challenge according to officials is the city's lack of affordable housing.

The Hotel Fresno makeover is not the only revamp underway.

Less than a mile down the road in Chinatown, another major housing project is taking shape under the supervision of the Fresno Housing Authority.

$25 million is being invested to create another 57 affordable housing units, as well as commercial space at the Monarch apartment building.

Part of the funding comes from the state's Transformative Climate Communities initiative.