A recent spike in violence has Fresno Police hitting the streets, but it's not the type of patrol you might be thinking of. It's renewed efforts to take back the community.
KFSN 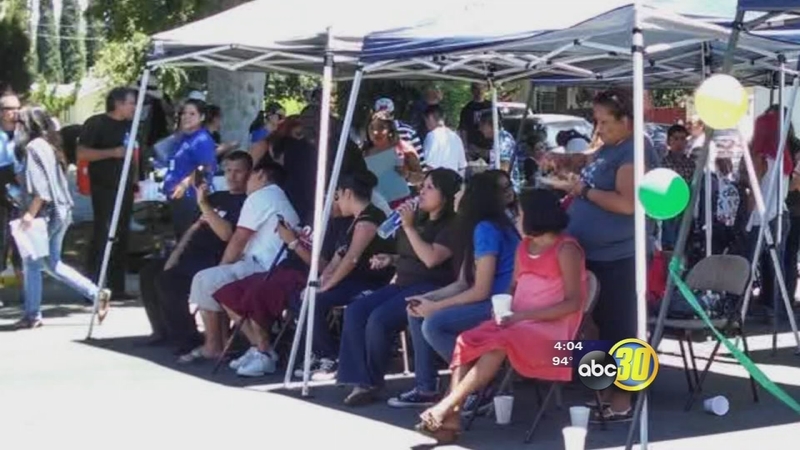 FRESNO, Calif. (KFSN) -- There has been a 27% increase in homicides and one area saw a 43% jump in robberies alone. Police are doing what they can to curb the crime but they're also trying something new.

Yellow tape, police cars and flashing lights are an all too common sight on some Fresno streets.

After the crime scene is cleared, there are sirens and lights of a different sort. Lately residents have seen the officers move out and the ice cream trucks move in. Chief Jerry Dyer said, it's "so our folks wanted to do was to stay behind, buy ice cream for those kids, interact with them and let them know that everything is going to be okay".

It's a crisis response team and they do just that. The Chief said "We can't take away the trauma but we can certainly lessen the pain of what they've had to go through".

Dyer wants to change the culture - work to repair the awful events that just took place. Efforts that pastor Jim Franklin of Cornerstone Church has a history of making. Since memorial day there's been about a dozen different events. Bounce houses, concerts, barbeques, even block parties. Specifically in places- where a crime has just occurred.

Franklin said, "We want these kids to be kids there's an opportunity to give them some ice cream, gather around the truck and talk about it not from negative situation but from a positive standpoint".

The crisis response team has found that the best way to break a cycle of violence is with positive reinforcement. Both Franklin and Chief Dyer want to make sure young kids continue to see good instead of bad. Franklin said, "These are not just gang members these are somebody's son, somebody's daughter somebody's momma, somebody's daddy we come in from more of a family situation how can we help in that time of crisis"