Enforcement increases against illegal fireworks on streets and online 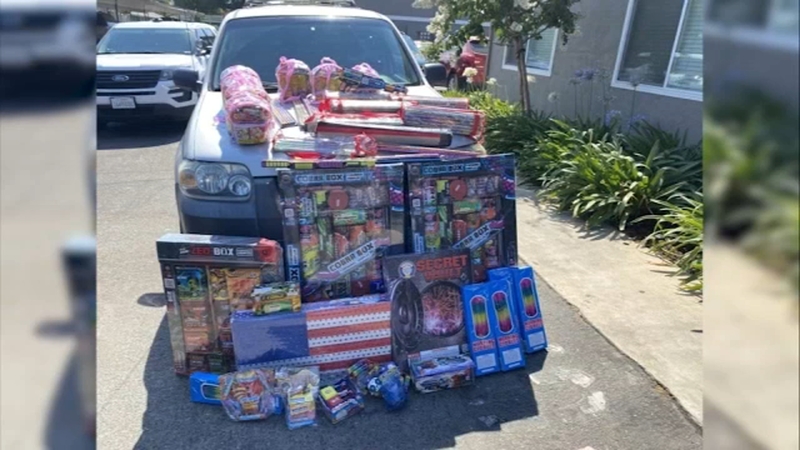 Enforcement increases against illegal fireworks on streets and online

FRESNO, Calif. (KFSN) -- Illegal fireworks are a growing concern for firefighters across the Valley this week as dry conditions make the fire danger much worse.

Fireworks fed at least 33 fires in Tulare County in 2020, so this year, the fire department created a task force with the district attorney's office and set out to scoop up illegal fireworks before the fuses get lit.

"We see so much damage every year caused by illegal fireworks and our number one priority is to keep you safe," said Tulare County Fire Department Chief Charlie Norman.

Firefighters say they're seeing more online sales than ever before, possibly because the pandemic has funneled more people onto sites like Craigslist.

In Fresno, a task force of firefighters and police has seized more than 1000 pounds this year just from online sellers.

They say it's their biggest illegal fireworks operation in at least 15 years.

A Selma task force spent weeks warning people about fines and now they're going out every night to enforce.

They say sellers are also trying to trick them by faking the 'safe and sane' stickers.

"Through working together with the task force and the detectives here in Selma, we're able to identify the counterfeit 'safe and sane' stickers," said Selma Fire Capt. Jesse Gomez.

Even disposing illegal fireworks can be dangerous, as we saw when an attempt exploded out of control in L.A. this week.

Firefighters say they're already stretched thin during a hot, dry summer with wildfires burning across the state, so illegal fireworks put everyone in danger.

"The resources are going to be drawn down more and when somebody lights an illegal firework and starts a fire, starts their home on fire or the neighbor's on fire - for them doing something so small could turn into something really, really big and somebody getting hurt or killed," Capt. Gomez said.

Firefighters say fining people isn't their goal, but they need teeth to their enforcement.

Fines vary depending on where you are, but they're usually $1000 or more.