Jayland Walker was handcuffed after being shot multiple times, but why?

The police decision to handcuff Walker after he had been shot was an "added insult to a terrible loss," Walker family attorney.

Jayland Walker's sister wants the world to know him as she did: a funny, kind brother who looked out for his family and had big goals for his future of investing and buying a home.

The decision by Ohio police officers to handcuff Jayland Walker after they fired dozens of shots, killing the unarmed 25-year-old at the end of a high-speed chase, has come under intense scrutiny by Walker's family and the public, as they continue to demand answers and accountability from city officials.

Walker, who suffered more than 60 gunshot wounds after eight officers fired at him June 27 in Akron, had his hands cuffed behind his back when his body arrived at the coroner's office, according to photos from a preliminary medical examiner's report reviewed by CNN. He died from gunshot wounds to the face, abdomen and upper legs, CNN affiliate WEWS reported, citing an investigative worksheet reviewed by its partner, the Akron Beacon Journal.

The police decision to handcuff Walker after he had been shot was an "added insult to a terrible loss," Walker family attorney Bobby DiCello told CNN Saturday. Walker's family "can't fathom these so-called reasons for safety when they know that Jayland suffered so much injury and lethal force."

"It's bewildering. It sends a symbolic and inhumane message despite the procedure that is involved," DiCello said, adding the incident raises a critical question about what extent compassion comes into play when police officers decide to handcuff someone who had been shot dozens of times.

"If nobody thought he needed to be handcuffed, then why not just out of respect for the loss of human life, avoid it?" DiCello added.

It is common practice nationwide to handcuff a person perceived to be dangerous and armed -- even after they are shot by police -- so the person cannot access weapons or pose any further threat, three law enforcement experts told CNN.

Opting to handcuff someone who was just shot by police is "not a matter of humane or inhumane," said Maria Haberfeld, a police science professor at John Jay College of Criminal Justice. Beyond a wounded suspect, the broader circumstances of the situation can "impact (officers') perception of the threat," she said, adding someone who is already clinically dead can show movement, suggesting they still are alive and dangerous.

"This is the way they think, this is the way they're trained -- that you can never underestimate the level of threat from somebody who was previously shooting at you," Haberfeld said, speaking generally about police encounters with suspects who are believed to be armed.

Details of Walker's case continue to emerge amid public scrutiny of how law enforcement personnel across the United States use force, especially against people of color. Walker was Black, while seven of the eight officers who fired on him are White and one is Black, the city has said. All have been put on paid administrative leave, per department policy.

Officers are told not to tamper with body

Every police department has policies dictating when officers should use deadly force, typically when a weapon is involved and a suspect poses an immediate threat to officers and the public, experts told CNN.

But there is no national standard for restraining a person after they are shot, they said. Most agencies train officers to immediately handcuff a suspect, so they can secure any weapons and assess injuries to give aid, but they don't go into how officers should use restraints beyond guidelines for arrest control and officer safety.

Police say Walker fled as officers tried to pull him over for traffic and equipment violations, and during an 18-minute car pursuit, he fired what appeared to be a gunshot out the window. The chase then briefly shifted to a foot pursuit, during which police shot Walker dead after he quickly stopped and they believed he was reaching toward his waist and "felt that Mr. Walker had turned and was motioning and moving into a firing position," officials have said.

While a gun was found in his car after the shooting, Walker was not armed when he was killed, Akron Police Chief Stephen Mylett said at a news conference July 3, when police released lengthy body camera videos from 13 officers at the scene.

If officers had not handcuffed Walker as they approached him -- since they believed he had fired a weapon at them from his vehicle -- it would have "surprised" Thor Eells, the executive director of the National Tactical Officers Association said.

Even after that, "unless medical professionals make a request to remove the handcuffs, so they can do some sort of advanced life support that would necessitate that, the officers would not remove them," he said.

If a person is pronounced dead at the scene following a police shooting, officers typically are advised not to tamper with the case by touching the body -- including removing handcuffs -- so it can be turned over to the medical examiner's office as part of the shooting investigation, said Eells, a former commander at the Colorado Springs Police Department.

"Once they determine that this is now an officer-involved shooting with a fatality, most agencies are taught not to touch or disturb anything," he said. "Everything is left as is for the corner who has the legal responsibility of assessing all of that in its totality. (The coroner asks) questions like, 'Did anything potentially contribute or aggravate any kind of injuries or otherwise?' "

'It's time to revisit those policies,' expert says

Akron Police Department policy requires officers handcuff a suspect following all officer-involved shootings because the suspect may continue to present a threat, Mylett told affiliate WEWS of Cleveland. All restraints are left on to preserve the crime scene, the chief said.

But the chief conceded the policy needs to be reviewed.

"If this was my brother, if this was my son, if this was my grandson, I would not like that," Mylett told WEWS. "I understand that, I truly do. And I am going to have a conversation with others about the need for that."

The Akron Police Department, the city and police union have not responded to repeated requests from CNN for comment about the practice of restraining suspects, including those who have been shot by officers.

In many cases like this, officers are "simply adhering to their department's rules," but those guidelines may be outdated, said Chuck Wexler, executive director of the Police Executive Research Forum, a nonprofit police research and policy organization.

"Those procedures were put in place a long time ago, and I think it's time to revisit those policies in situations where it's clear that someone has been critically injured and first aid is needed," he said.

In Walker's case, the preliminary report by the Summit County Medical Examiner's Office contains several pages of thumbnail photos showing the young man dead and handcuffed at the scene and after his body arrived at the coroner's office.

A final autopsy report will be turned over to the Ohio Bureau of Criminal Investigation, which is investigating any criminal wrongdoing by the officers, and will be part of what the state attorney general's office considers for presenting a case to a grand jury.

Jayland Walker's sister opens up about her brother's fatal shooting 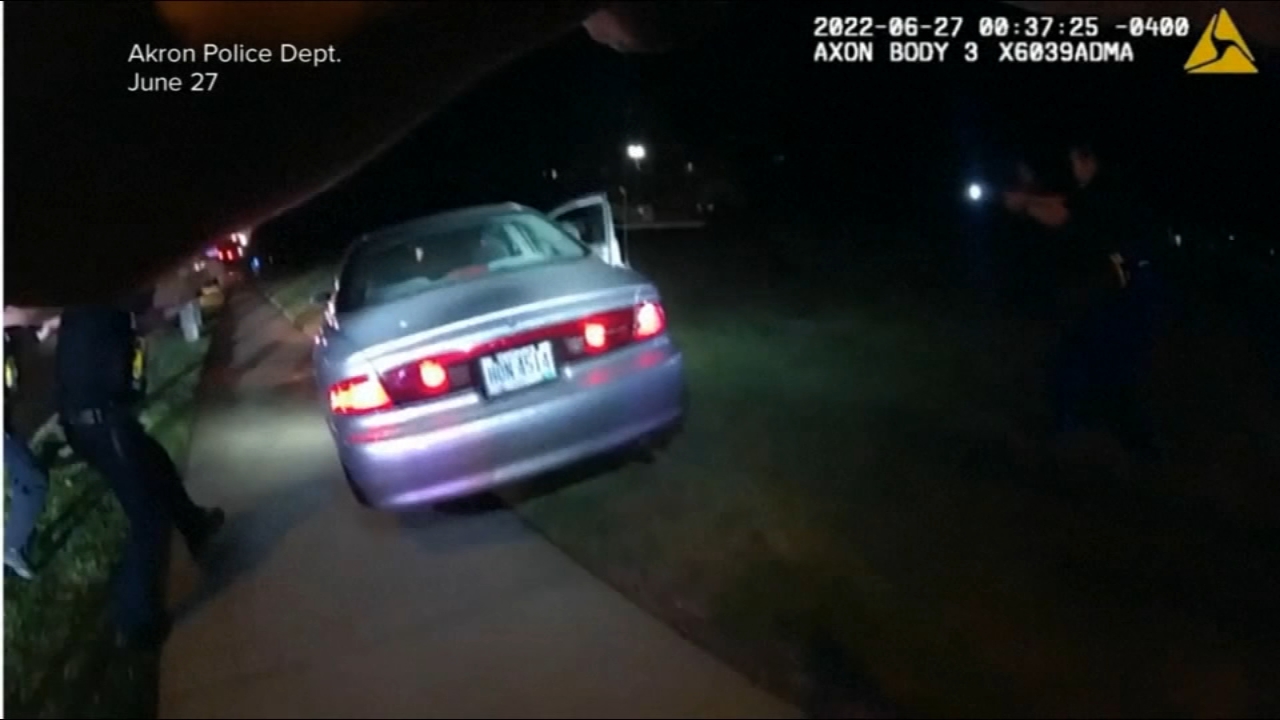