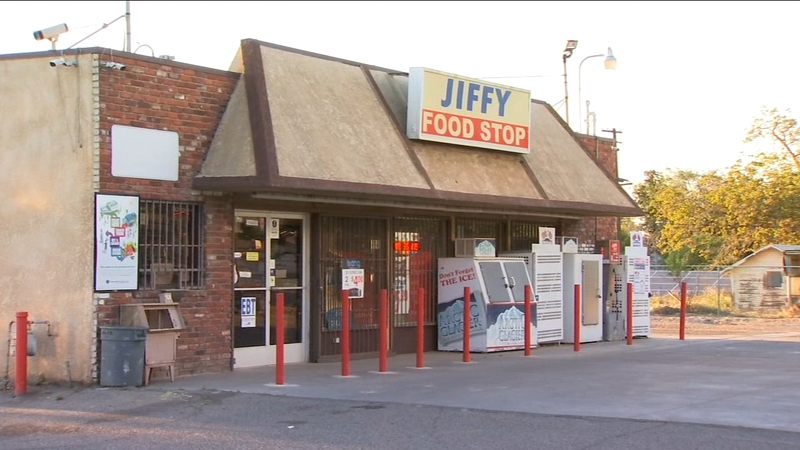 EASTON, Calif. (KFSN) -- For much of Jiffy Food Stop's 29-year history, the family market has been marred by tragedy.

Detectives have been at their door for two deadly robberies.

One where a clerk was killed.

And another where the clerk shot back.

Surveillance video shows a suspect at the counter on March 29.

He buys a drink, walks outside, then pulls at the door of a car stocked with merchandise.

One of the store's owners had just returned from Sam's Club and had been unloading cigarettes inside, when the suspect made his move.
"There's a chance that he was followed back to his store in Easton, because the victim said the guy who ripped him off was familiar," says Tony Botti of the Fresno County Sheriff's Office.

Over the years, the store has tightened security - from adding cameras, to window bars, and arming the clerks.

These violations have become so personal that simply talking about it with us was too painful.

But the store shared the video so other businesses could be warned.

The suspect escaped in a blue or gray four door car.

This theft may have only cost the business $2,300, but that peace of mind has once again been shattered.

Detectives say the suspect is in his mid-20s, has a medium build and short hair.

He also has a mustache.