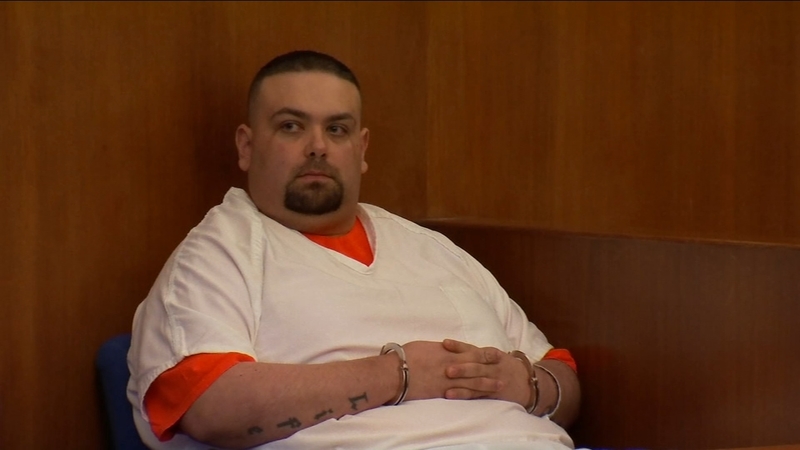 The Tulare County District Attorney's Office says he had some medical complications in the weeks to come, but by July he was released from Valley Children's Hospital.

Prosecutors say he was considered to be a stable, growing baby until September.

"Defense was trying to say this baby was sick from the day it was born and these injuries (were) from birth and they weren't," said Supervising Deputy District Attorney Brenda Broker.

The injuries, Broker says, came at the hands of Jackson's father Joseph Ulloa on September 23.

She says Ulloa, upset that Jackson was fussy and just wanting to sleep, shook the baby, threw him on the bed and couch, and even punched him in the face.

She says Ulloa put Jackson in a bouncing chair and went to bed.

During that time, Jackson stopped breathing and went into cardiac arrest.

He was flown to Valley Children's, where he stayed until doctors removed his ventilator in October.

Jackson had suffered a traumatic brain injury, bleeding in the brain and eyes, and rib fractures.

After Jackson's death, prosecutors say, Ulloa confessed to police that he beat his son.

Later, while in custody, they say he wrote his wife an incriminating letter.

"I took him from you once, I would do it again, that's what you get for cheating. And I had the mother testify to that letter on the stand, and I asked her what it meant, and she said, 'He's taunting me. He would kill the baby again, and he believes I cheated.' And she had testified 'I've never cheated on anybody, including the defendant.'"

Last fall, eight years after his arrest, a jury convicted Ulloa of second-degree murder and assault on a child causing death.

Monday, Judge Gary Paden sentenced the 33-year-old to 25 years to life in prison for the crimes.

This was the last trial for Broker; she'll soon retire.

She's prosecuted many child homicide and abuse cases, and almost always, she says, someone tells her they suspected something was wrong, but just didn't believe it could be true.