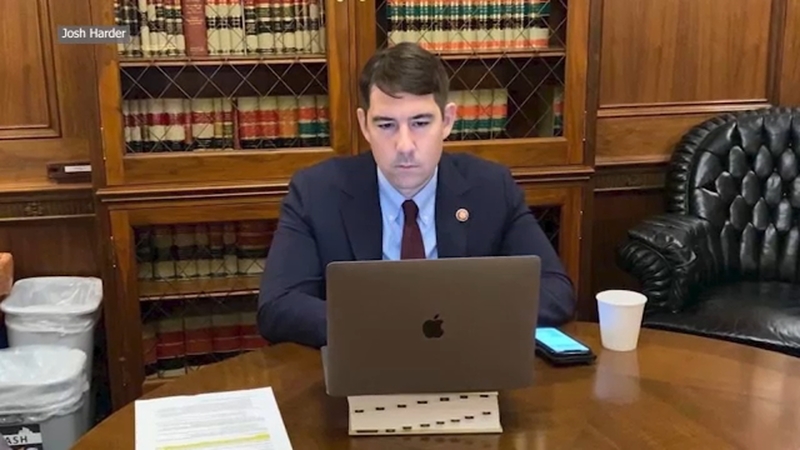 FRESNO, Calif. (KFSN) -- A North Valley congressman is throwing his hat into the race to represent a new congressional district.

Recent redistricting changed California's congressional map from 53 seats to 52, shifting lines all across the state.

Now, Democratic Representative Josh Harder, who currently represents District 10, is aiming to represent a much larger geographic area that stretches into Fresno County.

"It's going to be a lot of driving back and forth but I think the issues are probably going to be pretty similar," said Harder.

Harder was elected in 2018 and currently represents Stanislaus and San Joaquin counties, including the cities of Tracy, Modesto, Stanislaus and his hometown of Turlock.

But, now that the maps have been redrawn, he'll be running in the new District 13.

Harder, who is expecting his first child with his wife Pam, said he hopes to support families in the Central Valley so they can thrive.

"The Central Valley is a diverse place. There's a lot of different types of people and frankly, a lot of these rural communities just haven't had folks show up and listen for a long time," said Harder.

Harder says he'll be traveling to get to all of the communities in the new District 13 and discuss their needs while continuing to focus on issues he's already been fighting for while representing Stanislaus and San Joaquin Counties.

"We've made some real strides on water issues, on health issues across Stanislaus County and I think a lot of that work is going to translate hopefully to Merced and Madera and West Fresno as well." Harder said.