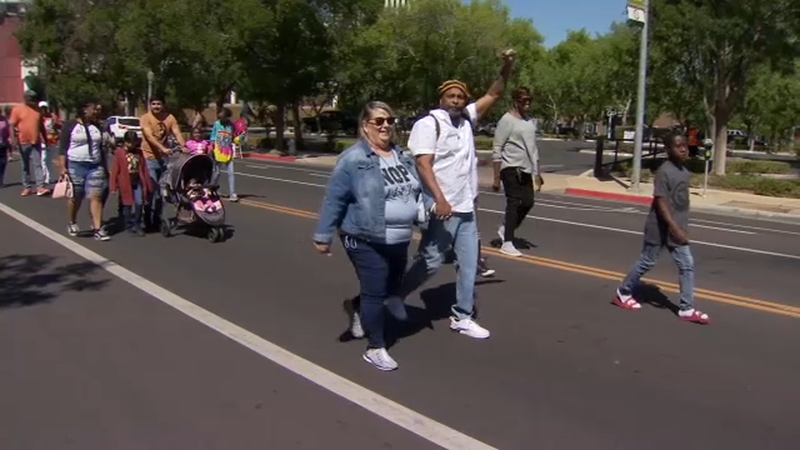 FRESNO, Calif. (KFSN) -- Juneteenth celebrations were held in different parts of the Valley on Saturday.

The day kicked off with a Juneteenth parade through downtown Fresno followed by an event at Valdez Hall.

Organizers say this year's event is especially significant because it's the first one planned in Fresno since Congress declared Juneteenth a federal holiday.

The festival featured a drum show, music and dance, food and dozens of vendors.

One local boy was helping his aunt sell body care items such as body oil and body wash.

Vendors and visitors say it's important to celebrate the history and culture.

"It means a lot. It represents the freedom that we didn't know we had and so now it's a time to celebrate that freedom and get the word out about what it is and what it means and to be a part of the community in it," said Jacquie Flowers-Orange, a vendor.

ABC30 had a booth at the festival handing out drawstring backpacks.

The Juneteenth celebration continues on Sunday at Valdez Hall from noon to 7.

Juneteenth was also celebrated in the South Valley, with the second annual Juneteenth Celebrations in Tulare.

Mayor Dennis Medores issued a proclamation for the event.