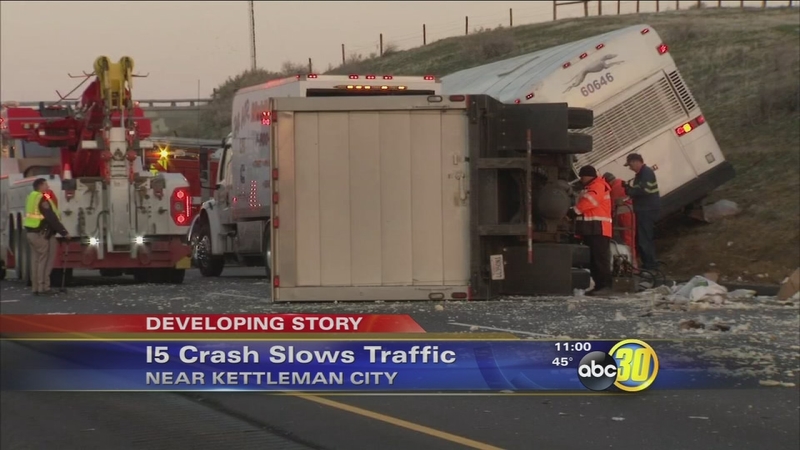 FRESNO, California (KFSN) -- Investigators say the driver of a box truck lost control while hauling food and rear-ended a Greyhound bus. It was forced up an embankment and the truck tipped over on its side.

Three people were hurt and taken to the hospital, including the truck driver and a 6-year-old girl. All injuries were minor.

According to investigators, there were nearly 50 people on the bus, many were stranded in the cold, but have since been picked up and were taken to San Francisco.

Traffic was backed up for miles and drivers are being advised to find a different route.

"Investigating officer already talked with, and evaluated the driver. It sounds like an unfortunate accident. Fortunately not a lot of people were hurt in it -- at this point, it's minor," said Jay Adams, California Highway Patrol.

Investigators say the driver of the truck doesn't remember what happened. They say he may have fallen asleep behind the wheel, but was not driving under the influence.

4 injured, N/B I-5 closed in Kettleman City, due to Greyhound bus and big rig crash