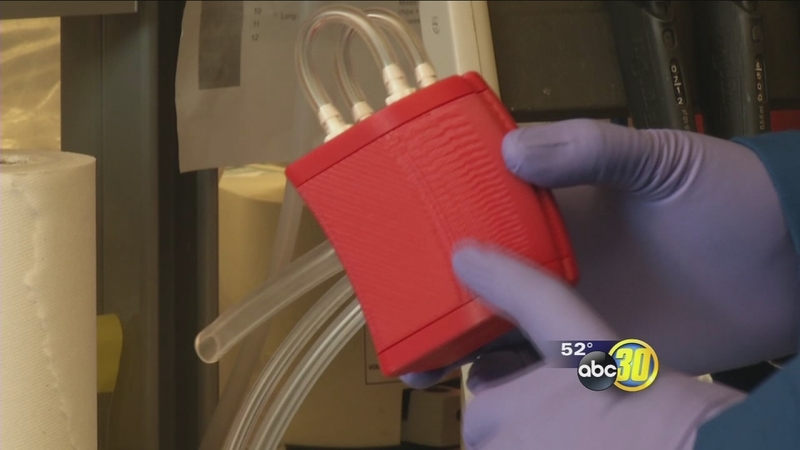 SAN FRANCISCO. (KFSN) -- Progress on a new artificial kidney has been so promising the FDA has fast-tracked its development. That's potentially life-saving news for the 100,000 people the National Kidney Foundation says are on a waiting list for a transplant right now. Only 20,000 kidneys will be available for them this year.

David Anderson has walked into a dialysis clinic 2,300 times since 1999. He comes four times a week for hours, while a machine does what his kidneys should: remove toxins from his blood.

"It's a very time-consuming experience and when my treatment today is finished, I'm going to be tired. Not a whole lot will get done tonight," detailed Anderson.

Shuvo Roy, a bioengineering professor at UC San Francisco, told Ivanhoe, "Over the course of the last few years, we've advanced the membrane technology, we've developed cell engineering, and currently, we are in animal testing."

It would go in the same place as a donor kidney. Anderson's doctor, Lynda Frassetto, M.D., a professor of Medicine at UC San Francisco, said the need is critical.

"This would allow us to build kidneys and then we could just put them in to people. Really, it would just be a totally astounding thing for us to be able to do that," said Dr. Frassetto.

"I would participate in trials or get an artificial kidney this evening if that were available," Anderson told Ivanhoe.