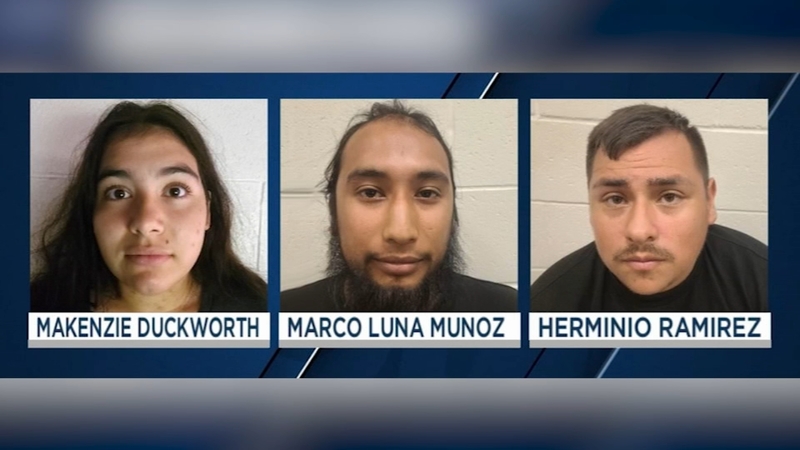 3 arrested in connection to stray bullet shooting of Kingsburg girl

KINGSBURG, Calif. (KFSN) -- Three suspects have been arrested in connection to a 15-year-old girl being hit by a stray bullet in Kingsburg.

The Kingsburg Police Department says the shooting happened June 8 when the girl was hit by a bullet at Athwal Park.

On June 11, detectives interviewed 18-year-old Makenzie Duckworth, 24-year-old Marco Munoz and 24-year-old Herminio Ramirez, who they say were shooting a rifle south of the park.

Police say all three suspects admitted they were carelessly shooting the rifle without regard for where the bullets might land.

"They agreed to write letters apologizing for what is a reckless act on their part," says Kingsburg Police Chief Neil Dadian.

Dadian worries they'll see more situations like this one with the Fourth of July holiday coming up.

"We're going to be out in full force and looking for people with firearms shooting into the air in a reckless manner," he said.

Fresno police say it's a problem they see every year in the city as well.

On New Year's Day this year, a woman in Fresno was struck by a stray bullet, but luckily survived.

The department plans to have more officers on the streets, and remind residents that what goes up, will come down.

"You're firing a bullet into the air, and it will land," says Fresno Police Lt. Rob Beckwith. "The chances of somebody being injured or killed are great."