Kodak Black covers face with cash as he leaves jail after arrest for drugs, weapons 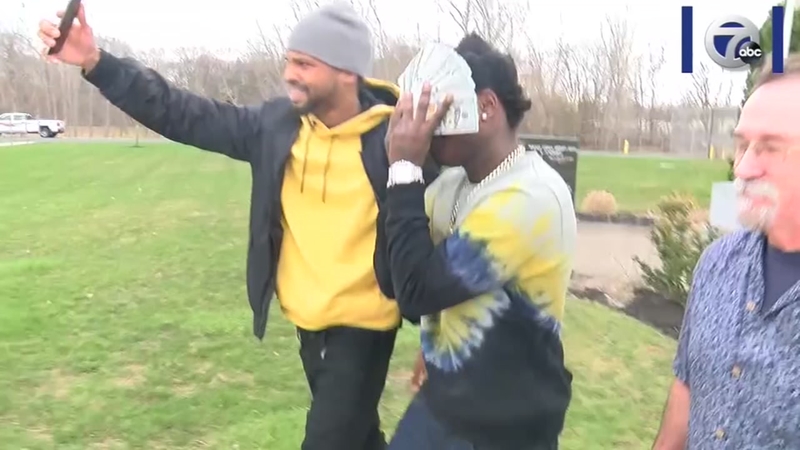 LEWISTON, New York -- Kodak Black is due in court in Lewiston, New York, on May 8 to face gun and drug charges.

Black was arrested near Niagara Falls as he was driving himself and two passengers in a Cadillac Escalade across the Lewiston-Queenston International Bridge Wednesday night.

The men told border agents they had marijuana and firearms, according to U.S. Customs and Border Protection.

State police say Black had marijuana on him, and a loaded Glock 9-millimeter pistol was found in the vehicle. No one in the car had a permit for the pistol.

Black was arrested and released from jail yesterday after posting bail, which was $20,000 cash or $40,000 bond.

As he walked out of jail, he used a fan of cash to hide his face from cameras. Fans also stopped to take selfies with him and record him as he left.

The two passengers each face a weapons charge.

The driver of a second car, who apparently was part of Black's entourage, faces marijuana and weapons charges after police say they found three loaded handguns in the car.