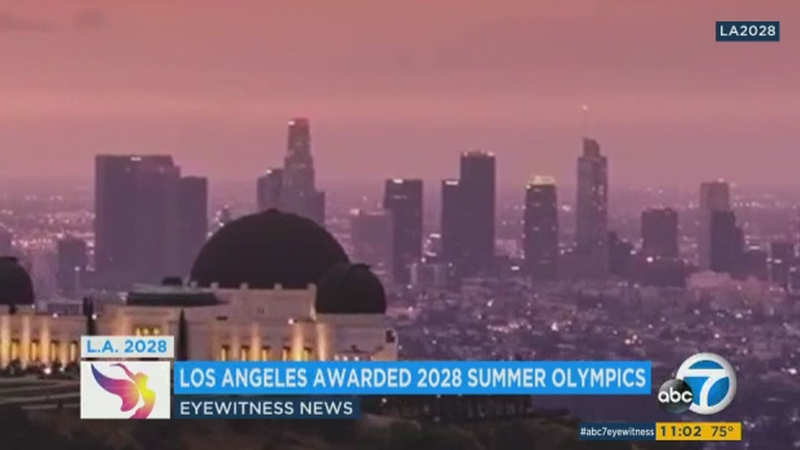 The announcement happened following a meeting of the International Olympic Committee in Lima, Peru.

Also on Wednesday, the IOC awarded Paris with the 2024 Games.


The Olympic cauldron at the Los Angeles Memorial Coliseum was lit overnight.

Also, dozens of Southern California landmarks were lit up with Olympic colors Tuesday night in anticipation of the official announcement.

It was quite the sight all over Los Angeles Tuesday night as dozens of landmarks and buildings lit up in LA 2028 colors.