Firefighters were battling a brush fire that has charred thousands of acres near Lake Hughes in the Angeles National Forest.
KABC
By Marc Cota-Robles 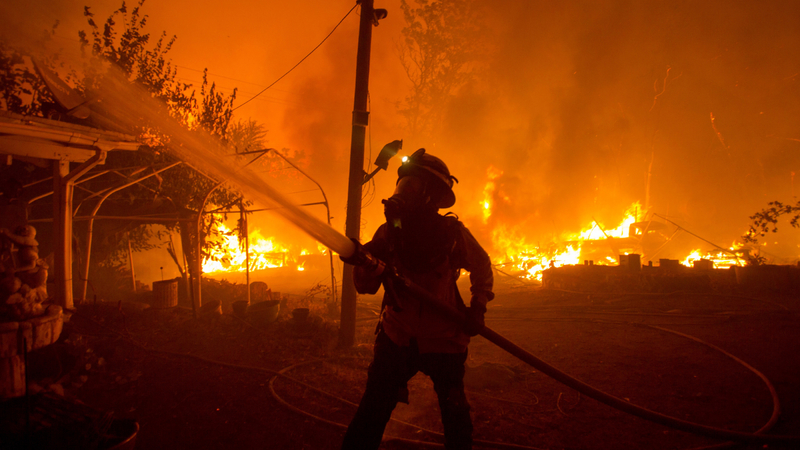 The Lake Fire exploded in size in a matter of hours and charred 10,500 acres amid hot temperatures after it was reported Wednesday at about 3:45 p.m. near the intersection of North Lake Hughes Road and Pine Canyon Road, according to the Los Angeles County Fire Department.

A Wednesday evening update listed containment at 0% hours after it began.

The blaze is driving through brushy ridgetops, including areas that last burned in 1968. The flames created an enormous column of smoke seen dozens of miles away.

I have never seen anything like this. The #LakeFire is moving fast toward Lake Hughes. It created a fire tornado on this hill and it’s sucking everything inside. @ABC7 pic.twitter.com/PwzepwKHKp

Evacuation points were set up at Highland High School at 39055 25th St. West Palmdale and the Castaic Sports Complex at 31230 Castaic Rd.

Shelters for large animals were available at the Antelope Valley Fairgrounds and the Castaic Fairgrounds.

Five hundred firefighters, who are already at the scene or on their way, are tackling the inferno, including firefighter from Clovis. Clovis Fire said some of their team was deployed on Wednesday night to help fight the blaze.

Multiple aircraft are also being used. The Lake Fire created enough force to make several "fire tornadoes" and while officials haven't confirmed if any homes have been destroyed, the blaze was seen reaching and burning several homes in the area. A tally of structure damage was not immediately available.

The area is no stranger to fires. In 2013, the Powerhouse Fire burned 30,000 acres but officials say a lot of the land involved in the Lake Fire hasn't burned since 1968. The Powerhouse Fire was caused by electrical power lines and took about 10 days to contain

The cause of the Lake Fire was unknown.

Firefighters battled a fast-growing brush fire that quickly spread to 400 acres near Lake Hughes in the Angeles National Forest.

The Lake Fire near Lake Hughes quickly exploded to 400 acres in the Angeles National Forest on Wednesday.