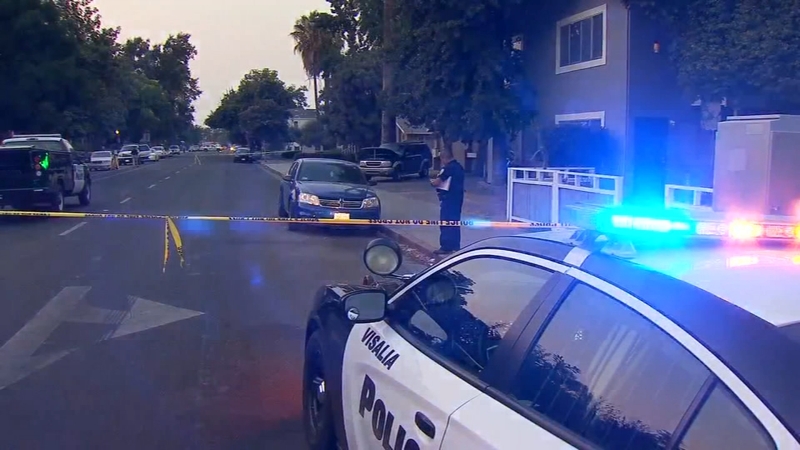 FRESNO, Calif. (KFSN) -- A man is dead after a shooting in Visalia on Friday afternoon.

There was a significant police response in the area of Locust and Murray for several hours as the Visalia Police Department investigated the crime.

When officers arrived, they found a 22-year-old man who had been shot, lying next to an SUV.

The victim was rushed to the nearby Kaweah Delta Medical Center but later died from his wounds.

Several people witnessed the crime, they called Visalia Police, provided clothing descriptions and the direction the shooter had run. That's how officers were able to detain six people a few blocks down.

Neighbors Action News spoke in the area say they're shaken. This is the most police activity they've seen in a long time. Locust Street is a busy road, so they are used to collisions, but nothing like this violent crime.