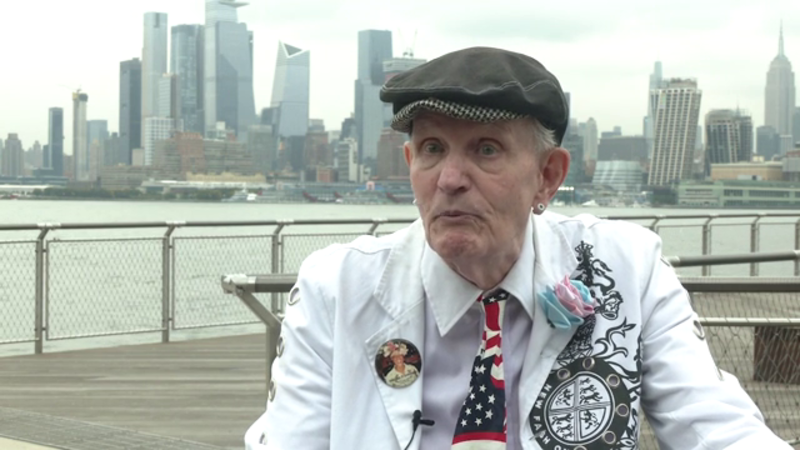 NEW YORK -- Whitehall and Pearl streets today are bustling with activity, but on Sept. 19, 1964 it was quiet, and what happened at that NYC intersection built momentum for the LGBT rights movement.

"If you go out and you fight, you can make a difference," said Randy Wicker.

On his jacket, there is a pin in honor of his late friend and fellow activist Marsha P. Johnson. It serves as a reminder that the fight for LGBTQ rights is not over, but it's come a long way since September 19, 1964.

"They attacked me because they said I had involved heterosexuals in a gay demonstration," said Wicker.

Then a member of the Homosexual League of New York and the Mattachine Society, Wicker and the New York City League for Sexual Freedom organized a small demonstration outside the U.S. Army building on Whitehall Street in Lower Manhattan.

They protested the military's discriminatory practices against LGBT people.

"They were destroying people's lives by giving them dishonorable discharges," Wicker said. "It's like having a criminal conviction on your record. You can't get jobs."

The picket didn't stir much attention that day, but it would later go down in history as the first public demonstration for LGBT rights in the United States.

"Who you're attracted to has nothing to do with your qualifications to serve your country," said Cafiero.

It was a pivotal moment before the more widely known Stonewall Riots of 1969.

"When we think about LGBT history and LGBT rights and liberation, many people just assume that it began at Stonewall, and that is not correct," said Ken Lustbader with NYC LGBT Historic Sites Project. "There was a very active rich organized movement that began in 1950 in California and spread across the country with various chapters of groups. There were individuals who were acting for LGBT rights on their own, such as Randy Wicker."

Eric Cervini, in his book, "The Deviant's War," called Wicker "a crusader."

In 1962, he convinced WBAI radio to allow a group of gay men to discuss their lives after psychiatrists discussed homosexuality as a disease. Then there was a sip-in at Julius' Bar in 1966.

"We didn't want to be told we couldn't drink in the bar because we were gay," he said.

It's snapshots of a movement that's still calling for change.

"We still do not have any universal law in this country protecting someone from fired because of being gay," said Cafiero.

Just this month on National Coming Out Day, President Joe Biden said the country still has more to do, including passage of the Equality Act.

Meanwhile, Cafiero and Wicker say they plan to continue their activism.

Philadelphia has many stories of history makers who acted before the Stonewall uprising, including those who staged a sit-in at one of Philadelphia's most popular coffee shops.

Reference material coordinated in conjunction with local LGBTQ+ archives, including The LGBT Community Center National History Archive, and the ONE Archives Foundation.

The ONE Archives Foundation is the independent community partner that supports ONE National Gay & Lesbian Archives at the University of Southern California (USC) Libraries, the largest repository of Lesbian, Gay, Bisexual, Transgender, Queer (LGBTQ) materials in the world. Founded in 1952 as ONE Inc., the publisher of ONE Magazine, ONE Archives Foundation is the oldest active LGBTQ organization in the United States. In 2010, ONE Archives Foundation deposited its vast collection of LGBTQ historical materials with the USC Libraries. Today, the organization is dedicated to promoting this important resource through diverse activities including educational initiatives, fundraising, and range of public programs.