Lightning flashed across the skies as a summer storm rolled through the Central Valley, knocking off the power in a few locations.
KFSN 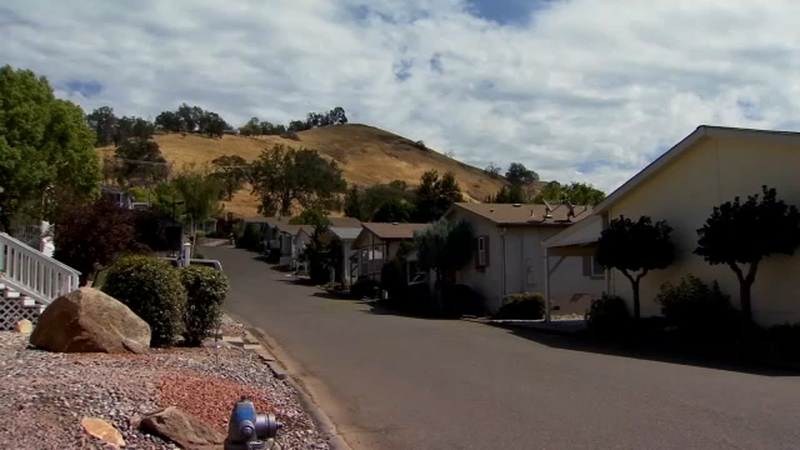 FRESNO, Calif. (KFSN) -- Several Central California residents are still without power after a summer storm rolled through the region lightning, thunder and rain on Thursday night.

The rain started to fall in parts of Fresno just before 8 pm. Shortly after, lightning started to strike around the Central Valley, knocking off the power in several locations.

More than 5,800 people near Coarsegold and Oakhurst do not have electricity.

PG&E officials said due to the high fire risk, crews are inspecting the affected circuits before power is restored. Residents in the area should expect to hear low-level helicopter flights as crews patrol the area.

Power wasn't expected to be restored until 1 pm.

Officials with Rivergold Elementary said the school would be closed Friday due to an extended outage in the area. All other schools in the Yosemite Unified School District will remain open.

Meanwhile, 500 PG&E customers in the Squaw Valley area are also without power. Electricity was expected to be restored around 10 am on Friday.

In Clovis, nearly 1,000 customers were without power, but it was restored.

The Thursday night storm caps off a week with several Accuweather Alert days and comes after a day with sweltering heat combined with abnormally high humidity.

Multiple high school football games throughout the Valley were suspended Thursday night due to the weather conditions.

Multiple high school football games throughout the Valley were suspended Thursday night due to the weather conditions.