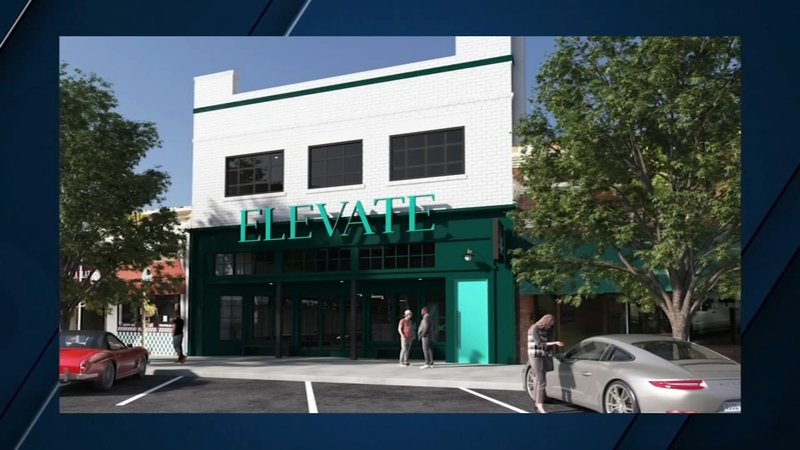 LINDSAY, Calif. (KFSN) -- "Elevate Lindsay," a new cannabis dispensary, will be opening shop inside a downtown brick building in Lindsay.

Co-owner Courtney Caron says it was time more doors opened in Central California, especially with so many regulations in the industry.

"For so many years, cannabis stores were very secret and people tried to run the other way, but now they are extremely well run," she said.

The new dispensary will be neighbors of the first dispensary that opened, Valley Pure.

Caron says she's looking forward to bringing more options to the community like a consumption lounge, which is not often seen across the state.

"We don't want people just walking around the street because it can affect people who don't want to be around cannabis smoke, so offering a lounge as a safe place to consume where it's a safe space is very important in the industry," she said.

There will also be a cultivation on-site where people can see how the entire process works.

Lindsay City Manager Joe Tanner says the city is looking forward to having two dispensaries and appreciates how well Valley Pure has been operating.

"It's been great, it's been a great partnership and we haven't had any issues with them," he said. "I think it's really about offering folks of Tulare County something new and a different experience."

Caron says they've submitted their conditional permit application and are waiting to get city approval.

Once approved, building plans will be submitted and construction will kick off.

"We are hoping we can begin construction on July 1 but it really depends on how quick the city can get through the building plans once submitted," Caron said.

Once complete, Caron invites everyone to stop and not be afraid to ask questions.