The history of Punjabi families in Livingston 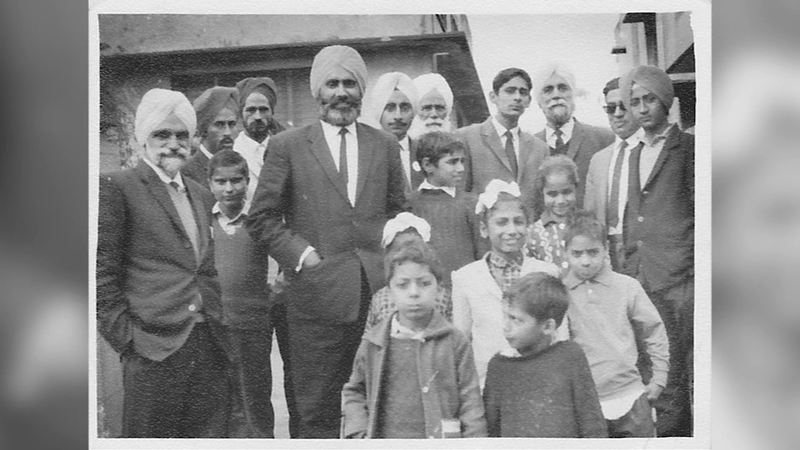 The history of Punjabi families in Livingston

LIVINGSTON, Calif. (KFSN) -- Gurpal Samra and his family moved to an apartment complex in May of 1970. His family was the first Punjabi family in Livingston.

At the age of nine, Gurpal remembers taking his father's hand, hopping on a plane with his family and leaving his home country.

At the time, his father, Sarwan Samra, was a farmer in India.

He brought his family to the United States looking for opportunity.

"As you grow, you realize the courage that they have to be able to just root yourself up and move to a country you don't know anything about," Gurpal said.

Gurpal's parents started working in the fields and at the Livingston Foster Farms.

Working in the meat production industry was tough for his mother, who is a vegetarian by faith.

"I remember my mom telling me when she started working at Foster Farms, she didn't eat for three days because it was difficult for her to get used to it," Gurpal said.

Eventually, the sacrifice paid off.

Gurpal's family made enough to buy a home and then a farm.

"From my parents' work and sacrifice, I benefited from coming to a country that is truly free," he said. "You can come here and be anything you want."

Currently Grupal works as a Network Analyst at the Merced County Office of Education.

In the late 90's, he served as the Mayor of Livingston.

His youngest daughter, Harleen Samra, is inspired by his work ethic.

"It is almost like the stepping stone for us," she said. "He built those connections and that legacy for our family so that things are almost easier for us."

Gurpal's father passed away in February, but the family says the opportunities, legacy and lessons he left behind will live on.