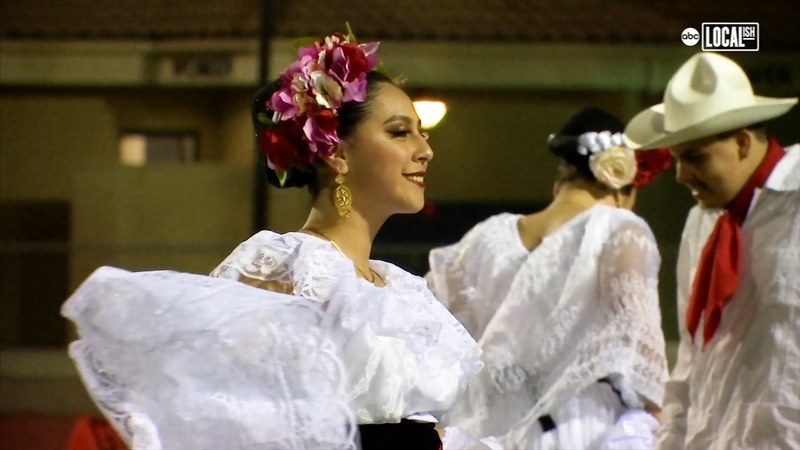 FRESNO, Calif. -- A high school dance class in southeast Fresno is teaching students much more than the traditional dances of Mexico.

"When you're on stage and you're dancing, it's just a whole new world, like you're free," said Emily Castaneda, a junior at Sunnyside High School. She's part of a program that includes close to 200 other students at the school, and it's all run by teacher Denise Valdez.

"Folklorico is learning the dances from Mexico," Valdez explained. She learned the style of dance when she was a young girl and has been passionate ever since. "There's many regions in Mexico. Some of the states have more than one style of dance. And so you learn the intricate footwork that goes with the specific music for that particular region or state," she said.

The class naturally attracts students who identify with the dances and culture of Folklorico, but Valdez and students in the class said it's for anyone who wants to try it.

"Like the fact that people are doing this and they're not Latino, just like makes like me even happier," Casteneda said. "Because you don't have to be a certain race to join in."

"I would say that a lot of the time, the majority of the time, the kids that are not Hispanic that have come into the class are one of my strongest dancers," Valdez said. "I think they're trying to prove a point to themselves and to others: just because I'm not Hispanic doesn't mean I can't do it."

The class is also helping participating students with their confidence.

"When I first started I was shy," said junior Marcus Cerda. "But as I started performing... all the performances, like it has increased my confidence by a lot actually. It helps you with like stress and stuff, like it takes things off your mind, especially when you're in school. And you're taking all these AP classes, you know, dancing really like takes off the frustration of all these classes," he said.

The class performs throughout the year, including a performance at a Sunnyside football game last month. Their next performances are slated for October 25, December 5 and December 6. All begin at 7 p.m at Sunnyside, with pre-sold tickets going for $5.