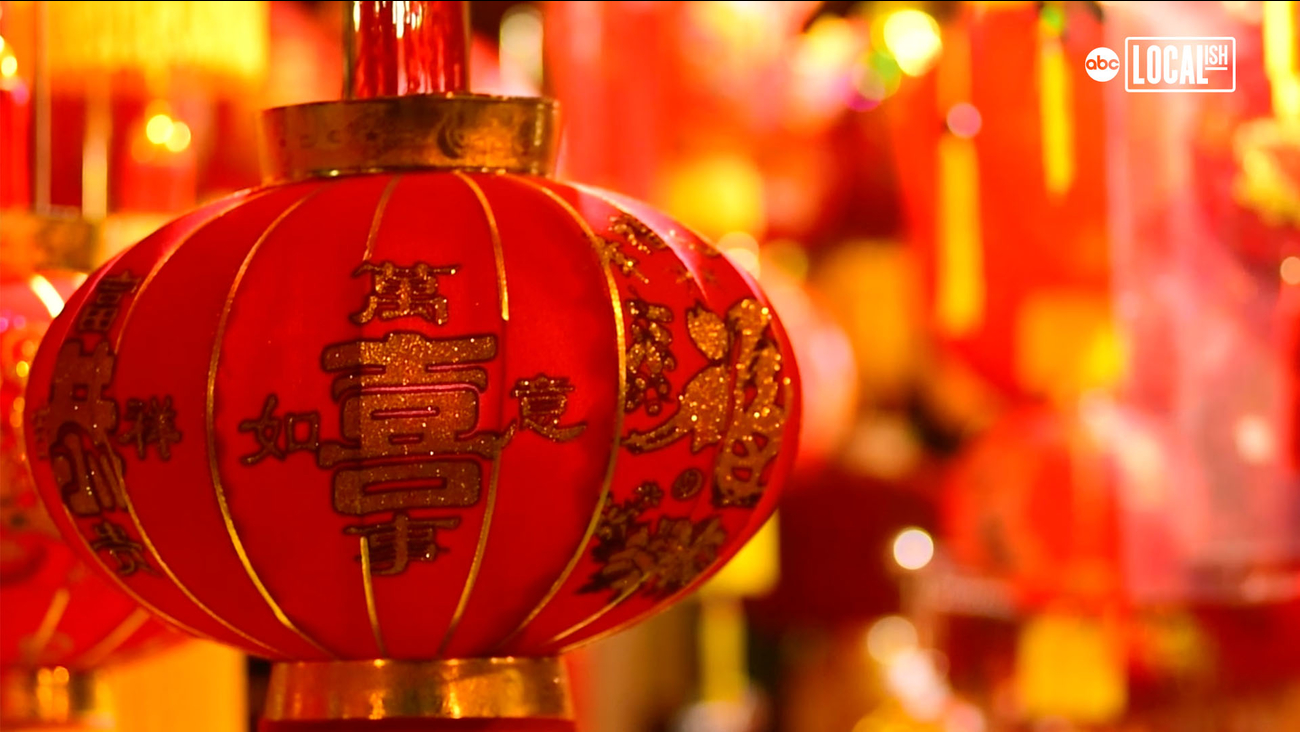 The Lunar New Year, also known as The Spring Festival, is the most important holiday in Chinese culture. 2022 is the Year of the Tiger based on the Chinese Zodiac. Starting February 1, the holiday is traditionally a time to celebrate good fortune, family, and food.

From delicious dishes to thrilling dragon dances, here are ways you can celebrate and support local small businesses from around the country!

Dolans Uyghur Cuisine
Bugra Arkin, the owner of Dolans Uyghur Cuisine, is introducing diners to a type of food most people might not be familiar with. Uyghur cuisine originates from the Uyghur region in Central Asia called Xinjiang and is influenced by a melting pot of cultures including Indian, Persian, Turkish, Arabic, and Chinese.
EMBED More News Videos

JTYH
The family-owned JTYH restaurant specializes in Sichuan-style food, but the restaurant cooks up a variety of tasty flavors from various cultures, including Taiwanese. They are famous for their knife-shaved noodles, as well as fresh-made soups and dumplings.
EMBED More News Videos

Noodles carved with a knife for specialty Chinese cuisine at JTYH restaurant.

Paradise Dynasty
This restaurant is taking SoCal by storm with its bold new flavors! People wait in lines out the door just to get their hands on their specialty, rainbow soup dumplings, otherwise known as xiao long bao.
EMBED More News Videos

Thursday Kitchen
Owner Chef Kyungmin Kay Hyun's love for a wide spread of cultures and cuisine makes it hard to place her cooking in a specific category, but her concept of "New Korean" was a huge hit at her first restaurant in NYC's East Village.
EMBED More News Videos

Celebs are lining up for this place!

Round K Coffee
Round K Cafe was inspired by Korean-style coffee shops and the owner, Ockhyeon Byeon, wants New Yorkers to slow down and experience what real, artisan coffee tastes like. From the Black Coffee, made with 98% Cocoa and coconut charcoal cream that will make your mouth black, to the smooth and delicate Egg Coffee with a real egg cooked inside, and the $50 Space Coffee, it's some of the best, most creative coffee you'll ever drink!
EMBED More News Videos

This coffee shop serves up coffee that will turn your mouth black.

HYUN
HYUN is the only upscale Korean BBQ restaurant in New York that specializes in Japanese A5 Wagyu, flown in from Japan, and provides a luxurious dining experience.
EMBED More News Videos

HYUN is the only upscale Korean BBQ restaurant in New York that specializes in Japanese A5 Wagyu, the best quality of the beef.

Yu and Me Books
Owned by an Asian American woman and filled with the stories of minorities in America and first- and second-generation immigrants, Yu and Me Books has a curated selection of books that represent you and me.
EMBED More News Videos

A brand-new bookstore in Chinatown is the first of its kind: Asian American woman owned and filled with stories of the experiences of minorities in America.

Chiu Quon Bakery
Inside Chiu Quon, the oldest bakery in Chicago's Chinatown, customers gush over the flavor and texture of their barbecue pork buns. The family-owned business has been making savory baked goods and traditional Hong Kong-style pastries since 1986.
EMBED More News Videos

Chicago's Chiu Quon is the oldest bakery in Chinatown. Now a new generation is carrying on the tradition of making classic Hong Kong-style pastries.

Joy Yee
Joy Yee made a splash with bubble tea in Chicago about 25 years ago and now they are blowing up again with Bubble Waffle Sundaes. The cold, creamy, and colorful concoctions are a hit with locals and visitors to Chicago's historic Chinatown neighborhood.
EMBED More News Videos

Fat Rice/Noodle Bird
This restaurant in Chicago is known for its Macanese small plates and its bakery is creating magic, too! Their Chicago-style hot dog bun is a feast for the eyes and taste buds.
EMBED More News Videos

Fat Rice is shaking up the hot dog with some Asian flare.

Sun Wah BBQ
Check out this multi-course Peking Duck dinner that's making us hungry. The duck is carved up table-side and served with bao, plus vegetables for garnish and sauce.
EMBED More News Videos

Jian
Jianbing can trace its roots back over 2000 years but this Chinese street food has only now blown its way into the Windy City. Located as a stall in Chicago's French Market, Jian serves up traditional jianbing and western-influenced varieties like pulled pork and bacon-cheese avocado.
EMBED More News Videos

The street food people line up for in China is now in Chicago!

Tamarine Restaurant and Gallery
There are so many different foods that Vietnamese families make to celebrate the Lunar New Year, known as Tet in Vietnamese culture. The chef at Tamarine Restaurant & Gallery shows us the symbolism behind each of these delicious dishes.
EMBED More News Videos

Vietnamese families prepare a special meal for Tet Lunar New Year. The chef at Tam Tam and Tamarine restaurants and Palo Alto show us the symbolism behind each dish.

Leung's White Crane Lion and Dragon Dance School
In Chinese and other Asian cultures, Lion dance is traditionally performed to bring good luck and fortune. Dressed in bright-colored lion costumes, performers mimic a lion's movements to scare off evil spirits and welcome good ones. In America, the interest in learning this ancient performance art is waning with younger generations, but Leung's White Crane Lion and Dragon Dance School is one of the few remaining schools still active and dedicated to keeping the tradition alive.
EMBED More News Videos

San Francisco's Palette Tea House celebrates Lunar New Year with a one of a kind menu.

Z&Y Restaurant
If you love spicy food, then this dish is for you! At Z&Y Restaurant in San Francisco, they serve a dish called Chicken with Explosive Peppers that will set your mouth on fire with deliciousness!
EMBED More News Videos

This traditional Sichuan dish is like eating a plate of firecrackers!

Crawfish and Noodles
Down in Texas, crawfish season is always serious business! But there's a spicy craze spreading from Houston's Asiatown to cities across the country - Viet-Cajun crawfish. Chef Trong Nguyen perfected the popular hybrid dish, which involves boiling mudbugs and then tossing them in butter and both Vietnamese and Cajun seasonings.
EMBED More News Videos

This is an Asiatown favorite! Meet the chef behind Crawfish & Noodles who sparked the spicy crawfish trend.🦞

At Dance of Asian America Academy, the young dancers learn how to preserve the rich cultural heritage of China through their performances.

Sinh Sinh
The family-owned Chinese-Vietnamese restaurant has been around for several decades and serves delicious Chinese BBQ. From live seafood like king crab and spot prawns to juicy roast duck and crispy-skinned pork, this is a Houston staple you just have to experience for yourself.
EMBED More News Videos

While Sinh Sinh's Chinese BBQ is the most popular dish, it's the family behind the scenes that makes this place so special in the community.

Share how you're celebrating the Lunar New Year and tag @Localish on social media for a chance to be featured!