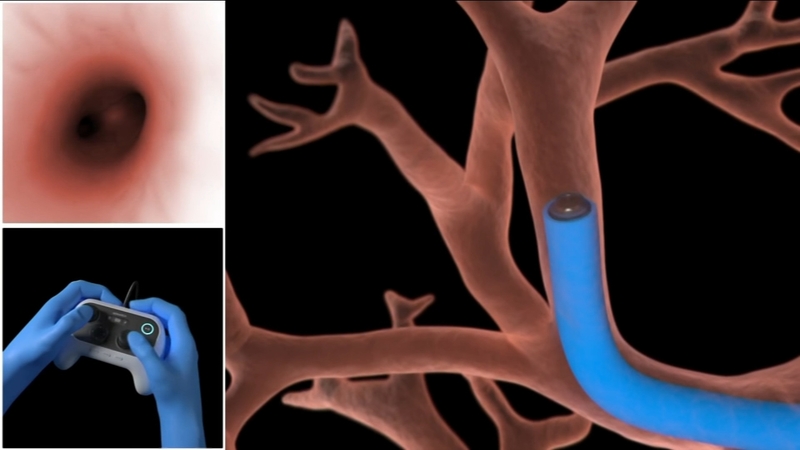 CHICAGO, Ill. -- Lung cancer kills more Americans than breast, prostate and colon cancer combined and like other forms of cancer, the earlier it's caught, the better chance patients have to survive. Now a new device is helping doctors diagnose lung cancer in one minimally-invasive procedure.

Fifty-two-year old Ivy Elkins is a wife, mother of two teens and now ... an advocate for cancer research and treatment. Five years ago, Elkins' world turned upside down.

She said, "I was completely shocked when I found out I had lung cancer."

Elkins was a non-smoker with no typical risk factors. She went to the doctor with chronic pain in her elbow which turned out to be cancer that started in her lungs and spread to her bones and her brain.

"I didn't know at that point what I know now. Anybody with lungs can get lung cancer." Elkins told Ivanhoe.

Elkins, like many patients, had no symptoms until after the cancer had spread.

D. Kyle Hogarth, MD, FCCP, Associate Professor of Medicine, Director of Bronchoscopy at the University of Chicago Medicine worked closely with developers on a new system to diagnose lung cancer at an early stage. It's called the monarch. Doctors pass a robotic bronchoscope through the patient's mouth and secure it in one of the main branches of the lung. Using a hand-held control, doctors can pass catheters through the scope into the airways.

"I can get out now to new regions of the lung and because of the flexibility of the device I can get to spots I couldn't get to before," Dr. Hogarth said.

Tiny cameras also allow doctors complete visibility while they biopsy nodules without a patient needing invasive surgery. Elkins is being treated with targeted therapy which is keeping her cancer at bay. She's thrilled that new research is now helping others at an early stage of the disease.