Fewer than 8% of US statues are of women. Hulu is launching a campaign to help balance this ratio 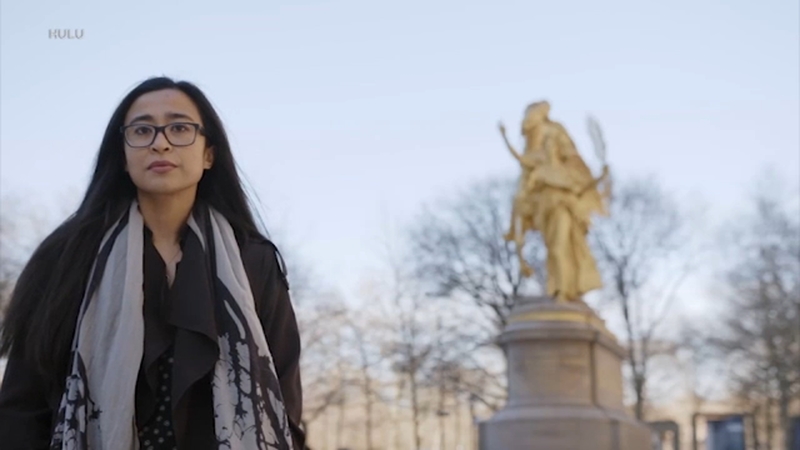 Because of this tremendous disparity, Hulu has commissioned three monuments representing the contributions of historic female figures.

Hulu's "Made by Her: Monuments" campaign is partnering with Brooklyn-based visual artist Saya Woolfalk, who will design these monuments and bring them to life in three American cities: civil human rights leader Coretta Scott King in Atlanta, conservationist Marjory Stoneman Douglas in Miami and Supreme Court Justice Ruth Bader Ginsburg in Los Angeles.

"Despite the tremendous contributions that women have made throughout U.S. history, they are still widely underrepresented in public monuments throughout the country," said Kelly Campbell, the president of Hulu. "Now more than ever, it is crucial to acknowledge and celebrate the achievements of women and other underrepresented groups and Hulu is proud to play a meaningful role in doing so."

Only 8% of statues in the U.S. honor women. Because of this tremendous disparity, Hulu is commissioning monuments of Coretta Scott King in Atlanta, Marjory Stoneman Douglas in Miami and Ruth Bader Ginsburg in Los Angeles.

The Marjory Stoneman Douglas and Coretta Scott King monuments will be unveiled this summer, and the public will see Ruth Bader Ginsburg's in early 2022. Hulu is donating them to each city's permanent public art collection.

The Coretta Scott King monument, located at the King Center, will feature a hand-crafted sculpture of microphones on a mosaic tile plinth, representing the power of voice. Within the oak hammock of Miami's Peacock Park, the Marjory Stoneman Douglas monument will honor her memory with a place for visitors to sit and enjoy the beauty of nature.

The monument inspired by Ruth Bader Ginsburg will be located at the Van Nuys Civic Center, a space strategically close to the courthouse and public library.

Learn more about "Made by Her: Monuments" at madebyher.hulu.com.