Fire crews say they were forced to fight the fire from outside because of the flames coming from the roof.
KFSN 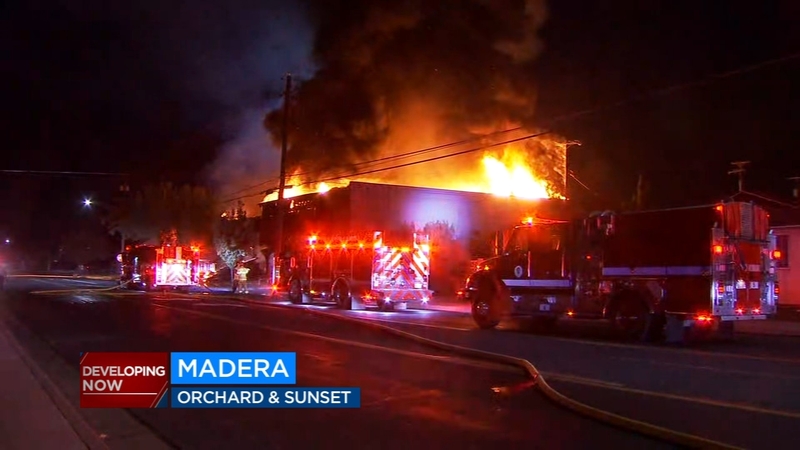 MADERA, Calif. (KFSN) -- Firefighters worked through the night after flames destroyed a large building in Madera on Thursday.

The blaze sparked at what used to be a gym on Orchard and Sunset just after 10 pm.

Fire crews say they were forced to fight the fire from outside because of the flames coming from the roof.

"The business has not been occupied for a couple of years. If there was anybody inside, obviously they weren't supposed to be there," said Fire Battalion Chief Christian Trindade

PG&E workers were called to shut off the power to the building as crews took on the fire.

Authorities had to evacuate two homes on Williams Avenue because embers were seen flying onto the houses. A short time later, the houses were deemed safe for the residents to return.

The cause of the fire is under investigation.
Report a correction or typo
Copyright © 2021 KFSN-TV. All Rights Reserved.
More Videos
From CNN Newsource affiliates
TOP STORIES