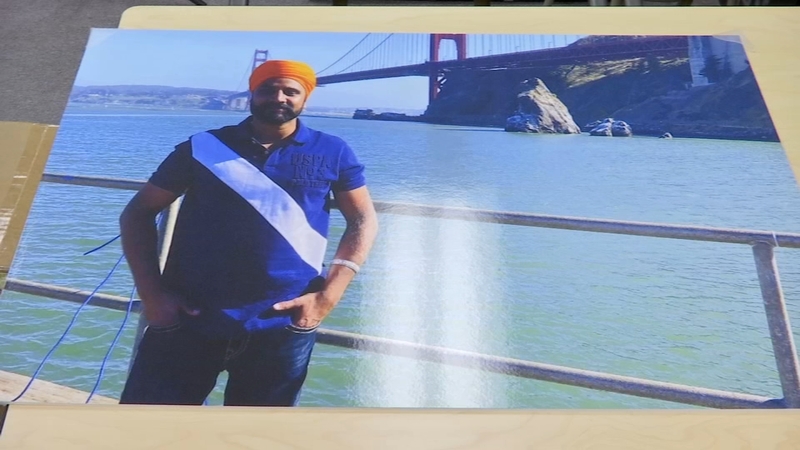 FRESNO, Calif. (KFSN) -- Many of those who gathered at the Sikh Institute of Fresno Sunday night didn't know 29-year-old Manjeet Singh personally. They only knew him by his actions.

A man who sacrificed his life to save three drowning children at Reedley Beach.

"He is an American hero and an example for all of us," said family spokesman Gurdeep Sherigill.

Singh's relatives spoke about the man he was and the hero he's now become.

Even though some of those messages were said in a different language, the pain expressed by Singh's loved ones was universally understood.

He and his friends were able to rescue two of them.

As he attempted to save eight-year-old Samantha, he drowned.

The little girl is still on life support.

The children's mother has reached out to Singh's family expressing her gratitude and heartache.

"And these are her exact words, she said we will never forget him and she said I will share his story with my children," said Sherigill.

Singh's relatives are now asking community leaders to honor him through a memorial.

Congressman TJ Cox said people across the nation will know of Singh's sacrifice.

"When I go back to Washington DC, on the house of the floor, we will remember his life," said Cox.

Sherigill said Singh was the only bread winner for his parents who live in India.

He came to the United States 2 years ago to make something of himself and support them.

"That was the main reason he came here, to help his family financially and to have a better life and live the American dream," he said.