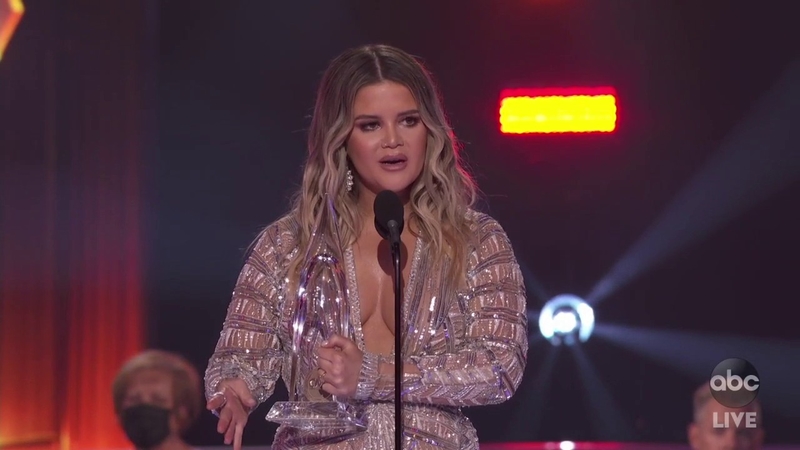 NASHVILLE, Tennessee -- Maren Morris used her time in the spotlight Wednesday night to shine some of it on Black female country artists.

The singer took home three trophies at the 2020 Country Music Association Awards including Single of the Year and Song of the Year for "The Bones" and Female Vocalist of the Year.

During her acceptance speech for that last one, Morris said there were some singers she wanted to give recognition to because she's "just a fan of their music and they're as country as it gets."

"I just want them all to know how much we love them back and just check out their music after this. It's Linda Martell, Yola, Mickey Guyton, Rissi Palmer, Brittney Spencer, Rhiannon Giddens," Morris said. "There are so many amazing Black women that pioneered and continue to pioneer this genre, and I know they're going to come after me, and they've come before me, but you've made this genre so, so beautiful. I hope you know that we see you. Thank you for making me so inspired as a singer in this genre."

RELATED: See the full list of winners from the 2020 Country Music Association Awards

In September Rolling Stone published an interview with Martell, who was the first Black female solo artist to play the Grand Ole Opry in 1969 and whose career in the genre fell victim to racism.