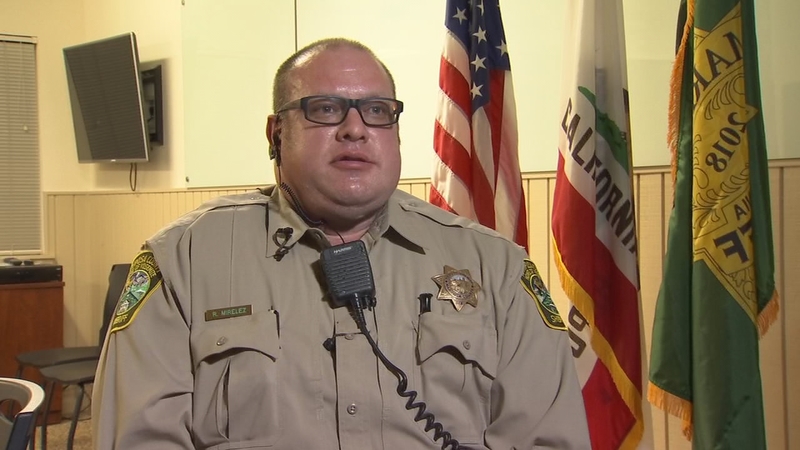 Mariposa Co. Sheriff's deputy shot in line of duty recalls event on his first day back in two years

The streets of Mariposa are that much safer now because one of their own has returned to duty.

Deputy Rudy Mirelez said, "It was a new day for a new beginning of a new year to start another good portion of my life."

After an erratic driver slammed his car into a patrol vehicle, he opened fire on four deputies, hitting Mirelez in the face and upper torso.

"I felt each bullet except the one on my side when I fell I thought I actually got punched in the side it happened so fast," Deputy Mirelez said. "If I lost enough blood I was going to become unconscious and most likely die and I thought to myself the best thing to do is stay calm."

Still conscious and unaware of how extensive his facial injuries were Mirelez tried to stop his bleeding and move to safety.

The husband and father of three was determined to make it home to his family.

Mirelez says he stopped counting after six surgeries and despite complications, it was his life of service that remained a top priority.

"The most painful thing was not the injuries I received it was just not having a life without purpose outside of my family. To have something to get up in the morning to go to drive you to do better to go help someone else," Mirelez said.

For two years the community and patrol cars have donned Rudy Strong decals with his radio number.

Sheriff Doug Binnewies said, "A symbol of support that they're rooting for rudy and they support their local law enforcement. That meant a lot to everyone."

Sheriff Doug Binnewies attributes the entire department's resilience to that show of support.

"I think we've grown we've become stronger and I couldn't imagine any more of a successful conclusion to what we were dealt with," Sheriff Binnewies said.

The man convicted of shooting him, Brian Ballasch, is currently serving a 26-year prison sentence.

If you would like to listen to more from Deputy Mirelez we have posted the entire interview below.
EMBED More News Videos

The horrific account of taking a bullet in the mouth and the chest after a traffic stop two years ago.