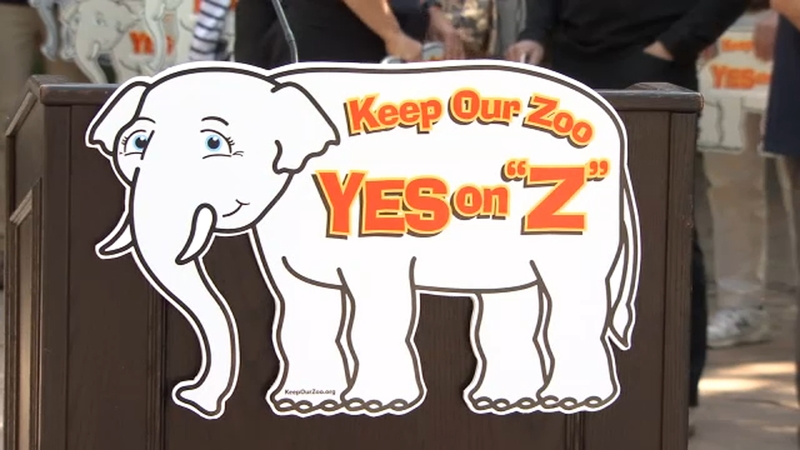 The $11 million attraction was built a decade ago using Measure Z money. Now, supporters are calling on June voters to extend the initiative another 15 years.

The one-tenth of one-percent sales tax in Fresno County first passed in 2004.

A Measure Z extension was approved 10 years later and has provided more than $10 million annually for the zoo.

"The improvements and investments in our zoo certainly promote tourism, and the dollars that it contributes to our local economy are much appreciated and really do add to the success of our city locally and our ability to deliver services," says Fresno Mayor Jerry Dyer.

Over the last 18 years, zoo officials have unveiled a number of multi-million dollar exhibits -- with more expansion plans to keep visitors engaged at every turn.

"We have built a number of cutting edge exhibits, from Sea Lion Cove to African Adventures to a new one that's going to open early next year called Kingdoms of Asia, which represents southeast Asia and the wildlife that inhabit there," says Jon Forrest Dohlin.

But opponents claim Measure Z was never meant to be a permanent tax and this is the wrong time to ask residents to commit another 15 years of taxation.