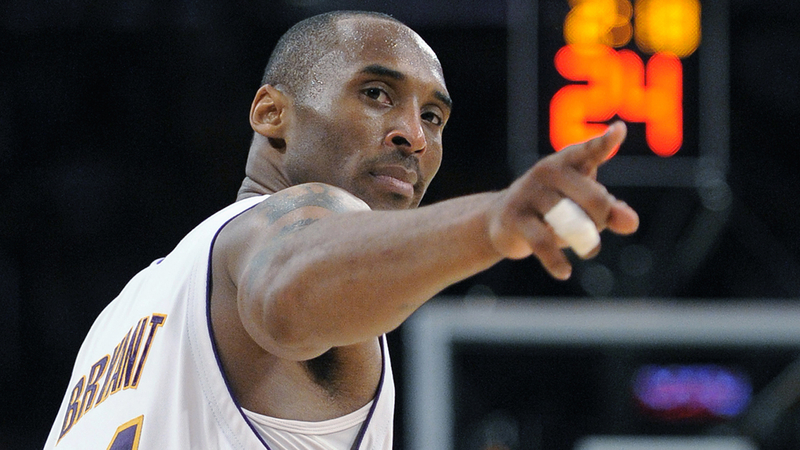 LOS ANGELES -- Kobe Bryant will be announced Friday at All-Star Weekend in Chicago as one of the finalists for this year's Basketball Hall of Fame induction class, which isn't a secret and never was.

Bryant always was a lock to be a first-ballot pick. Fellow first-time nominees Tim Duncan and Kevin Garnett will almost certainly also be among those announced Friday as finalists. The complete class that will be enshrined at Springfield, Massachusetts, in August will be announced on April 4 at the Final Four in Atlanta.

But Friday's announcement of the finalists in Chicago will be largely about the memory of Bryant, and rightly so. This All-Star weekend is the first huge gathering of the NBA family since Bryant, his 13-year-old daughter Gianna and seven others were killed in a helicopter crash in Calabasas on Jan. 26.

Through tower communication and satellite images, Eyewitness News took a closer look at the flight path of the helicopter Kobe Bryant, his daughter and seven others were on.

The victims will be remembered and honored throughout the weekend, and it's a safe bet that Commissioner Adam Silver - in his annual All-Star news conference Saturday - has plenty to say about Bryant.

"I think every player, anyone who's been in the game was incredibly affected by the loss of Kobe," USA Basketball managing director Jerry Colangelo said. "A few days after it happened I was in Dallas for the Hall of Fame committee meeting to look at the candidates who will be announced in Chicago and to eventually put some individuals forward. And what do you think we talked about most of the time?"

Everyone at that meeting had a Bryant story to share. His candidacy and basketball resume were not debated. They didn't have to be, of course. But the stories flowed anyway, one after another, as some of the most powerful people in basketball turned a long-scheduled Hall of Fame meeting into an emergency therapy and grieving session.

And that's what Chicago will be as well - more stories, more therapy, more grieving.

RELATED: Shaquille O'Neal on Kobe Bryant: 'We love you, brother'

Giannis Antetokounmpo's team will play Sunday's All-Star Game wearing the No. 24 on their jerseys, in tribute to the number Bryant wore in the second half of his career with the Lakers. LeBron James' team will wear No. 2 that night, in tribute to Gianna Bryant and her jersey number. Everyone in the Rising Stars game Friday, all the All-Star Saturday events and then the game itself will also wear a patch with nine stars, one for each of the victims of the crash.

A week after everyone leaves Chicago, the NBA will gather again in Los Angeles for the memorial for Bryant and his daughter. It's on Feb. 24 - 2/24, which is not a coincidence. The numbers on the calendar made it seem like the appropriate day, so that's what Vanessa Bryant, Kobe's wife and Gianna's mom, ultimately chose.

RELATED: Kobe and Gianna Bryant to be honored at memorial service

That's not the end, of course. The emptiness that the league is feeling without Bryant will come up again in April, when the Hall of Fame officially says he's going to be enshrined. Then in June, when someone wins a championship. Then in July, when someone on the U.S. men's national team wears No. 10 - Bryant's Olympic number - at the Tokyo Games. Then in August, at the Hall of Fame ceremony. Then in January, the anniversary of the crash. And so on. And so on.

It should also be noted, however, that celebrating Garnett, Duncan and the other finalists on Friday should - and must - happen.

Bryant appreciated greatness. It was really the only way anyone else in the game of basketball could earn his respect. He surely would have been among the first people to congratulate the other finalists. So Friday's announcement will likely have to strike a difficult balance, moments of sadness mixed with moments of joy.

"What I'm looking forward to is the time of healing," Colangelo said. "It'll give us a chance to kind of focus on the entire class because everyone is entitled to their due."

Jennifer Hudson will be at the NBA All-Star Game to honor Kobe Bryant with her voice. The two-time Grammy winner and Oscar winner will perform just before Sunday night's player introductions. It will be a tribute to Bryant and the other eight victims.

The Lakers on Friday released details about the upcoming celebration of life for Kobe and Gianna at Staples Center, including information on how the public can purchase tickets.

According to the instructions on the Lakers website, as of 11 a.m. Friday and until 10 p.m. Monday, fans can register to buy tickets at Ticketmaster.com. No purchase is necessary to register. Tickets will be priced at $224 each, 2 for $224 and $24.02 each, in a tribute to the basketball jerseys worn by Kobe and Gianna Bryant.

Details on speakers and performers have not yet been announced.

One thing Los Angeles Mayor Eric Garcetti made clear in an on-air interview Thursday with Eyewitness News is that the Bryant family's wishes will be paramount.

"I wanna listen to Vanessa and the family and the families first, and then work with the Lakers to make sure all Angelenos who want to come and can pay their respects can do so and be a part of this history," he said.

As many continue to share their personal anecdotes with the late Kobe Bryant, "SportsCenter" anchor Elle Duncan is recalling a conversation she had with the star in 2018, when he proudly described himself as a "girl dad."