CAL FIRE investigators said there was no indication of foul play, and it appears the fire started unintentionally.
KFSN
By Jessica Harrington and Nic Garcia 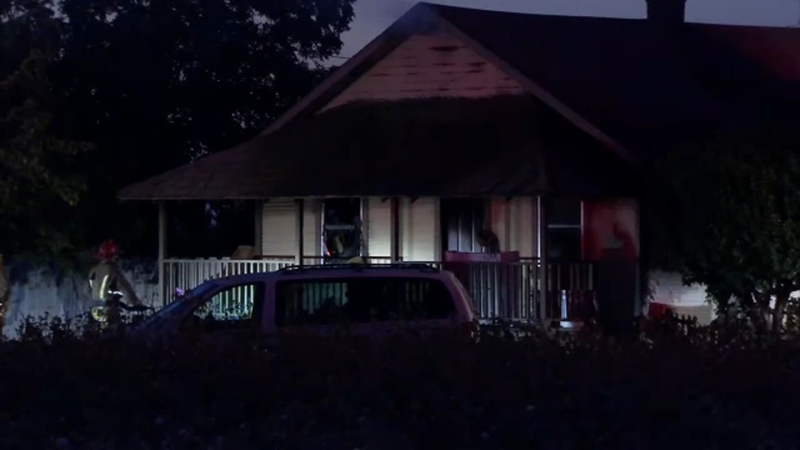 Two adults and three children ranging in age from 1 to 11 years old were pulled out of the home near Dos Palos but did not survive.

Thursday evening, family and friends gathered for a vigil in their honor, trying to understand how something like this could happen.

The fire started just before 5 a.m. at a home on Julip Avenue and Batten Road in Merced County.

"They're not here now, it's unbelievable. You know? It's hard," said Horacio Cisneros, a longtime friend and the family's barber.

Family and friends are reeling from the loss of five loved ones in an early morning house fire.

First responders rushed to the house for reports of the fire with people still inside.

By the time they arrived, two adults, 40-year-old Ruben Andrade, 35-year-old Juana Yanez and their three children 11-year-old Christopher, 4-year-old Judith and 1-year-old Hector were all pulled out of the home by other family members, but they were soon pronounced dead.

"They carried them out, but it was too late," said one of Ruben's sisters. She asked Action News not to show her face or identify her, but shared that Ruben was a patriarch of the family and a positive light.

"He would say, 'Don't stress out, it's going to work out. Don't stress.' This and that. 'I will help you if you need anything or whatever." His sister said.

She said her oldest nephew, Christopher, was caring and fun, her niece, Judith, liked to dance loved pretty dresses, and her youngest nephew, Hector, was very happy and recently started walking.

"We grieve with the community and offer condolences to the families affected. District officials are communicating with the authorities to respond to this tragic incident. School counselors and additional support staff are available at the school site to support students and staff."

"Kid was happy, got their haircuts and they're good people. They're the type of people you want in your life, you know," Cisneros said.

The investigation is still ongoing. Officials said the fire appears to be accidental and no foul play is suspected.

They have not been able to say if the home had working smoke detectors.

"It's very tragic, especially when you have young kids involved in something like this and it affects everybody, it really does," said Daryl Allen with the Merced County Sheriff's Office.

Two of the family members who rushed in to help were transported to the hospital for non-life-threatening injuries. They have since been released.

Sacred Heart Church Dos Palos hosted a vigil at the home where the fire happened to honor the Andrade family Thursday evening.