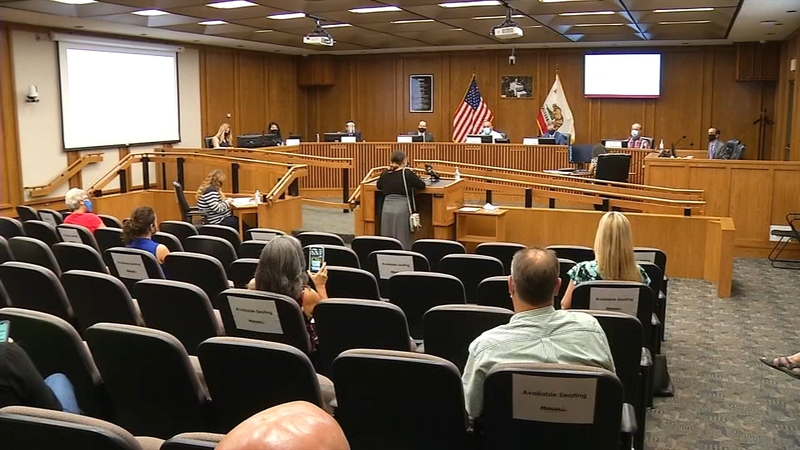 FRESNO, Calif. (KFSN) -- Merced County residents made their message loud and clear during Tuesday's special Board meeting. Comments at the podium included:

"I'm coming to you because I've always against any kind of taxes because they're not used properly," and "We need money to help families survive this pandemic. Our families are dying. Do you understand that?"

Several people spoke against a proposal to put a 15-year, half-cent sales tax on the November ballot, and the mayors of all six cities in the county wrote a joint letter opposing it.

Atwater Mayor Paul Creighton said he would be opposing a tax proposal in his city as well as the county's telling Action News, "This is not the time to burden the residents with more taxation."

Discussions about raising funds through a bond or tax measure started last summer with a focus on the county's jails.

Officials say the main jail needs so much money in repairs and upgrades that it makes more sense to demolish it and expand the John Latorraca Correctional Center instead.

Supervisor Lloyd Pareira said, "It doesn't make sense to put $15 million into an old facility that is really ultimately not the best working environment for our correction officers or the inmates to be in."

The county hired a company to conduct polling that ultimately led to a proposal for a general sales tax that could be used for a variety of needs, including improvements to fire stations, flood control, community facilities, and new parks.

Sheriff Vern Warnke said it may be the only way to fund projects amid state budget cuts, and he asked the Board to let voters decide.

Warnke said, "If the voters turn it down, then we don't get it, but if we don't allow the voters to at least look at it then we're not going to get it."

While surveys showed support for the funding, critics raised questions about a lack of community outreach. The supervisors ultimately agreed, unanimously voting not to move forward with a ballot measure.

Some of the supervisors acknowledged there is still a need for the projects that have been identified and said they will look for other funding sources.