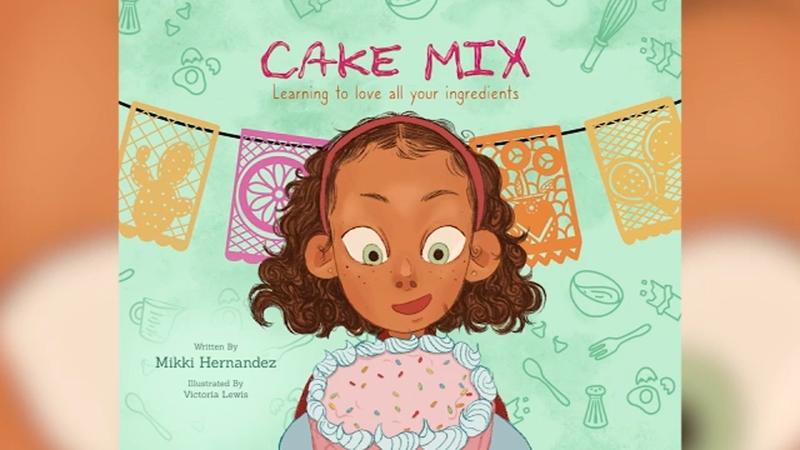 FRESNO, Calif. (KFSN) -- Over the last three years, a Kingsburg woman has been pushing for equal representation of multi-racial characters in books.

Mikki Hernandez shares the book she wrote with kids worldwide. It is called 'Cake Mix; Learning to love all your ingredients.'

"It is a story about a little mixed-race girl named Remy who goes to a new school and she is bombarded by all of these questions about how she looks," she said.

Remy is a representation of who Mikki was as a child -- a multi-racial girl curious to learn her background.

A DNA test shows Mikki's mom is black and Polish-Jewish. Her Dad is Mexican American, Native American and Spanish.

Cultures she embodies as an actress in Hollywood.

In 2019, Mikki was a volunteer reader to kindergarten students in Los Angeles.

Many of the students were from a Latino background, a culture not often represented in children's literature.

"It was really difficult to find a lot of books that reflected that population, but that also reflected African American kids, Native American and indigenous, middle eastern," she said.

Now, she wants to push beyond the narrative of talking about race.

"I think that is a privilege for people to not have to talk about it," she said. "I think I want to get to a point where we have sci-fi children's books featuring kids of color with all different backgrounds."

A $25,000 grant from "I Fund Women" helped her publish her book. Now, she is advancing her vision with a second book.

"It will feature a mixed character, it has some time travel and culture involved," she said.