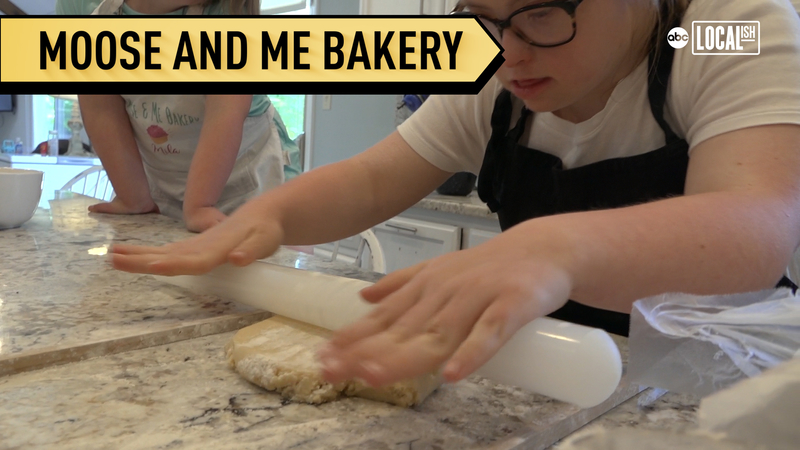 NAPERVILLE, Ill. -- A mother-daughter duo started up a bakery called Moose and Me Bakery in March! The inspiration to open up shop was from the love of baking from Mila Elder, Megan and Justin Elder's daughter who has Down syndrome.

Their in-home bakery, Moose and Me, has a mission to employ adults of all abilities and create meaningful interactions within the Naperville community.

"When they graduate out of the school system a lot of opportunities fall away. We wanted to fill that space in our community and have a place that is made for them where they can be comfortable and successful at their work," Megan Elder said.

The Elders said their lives changed when they adopted Mila in 2013. Mila's nickname is Moose, which is where the inspiration for the name of the bakery came from.

"Mila was our little taste tester and she liked to mix things and try new creations. Her and I have spent a lot of hours in the kitchen and she's an early riser," said Megan Elder.

The Elders said they get about five to seven major orders a week. Currently, the business is made of three employees, including Mila!

Megan Elder said she hopes they will open up a storefront in Naperville during the fall. Their Kickstarter campaign has raised over $40,000 so far.