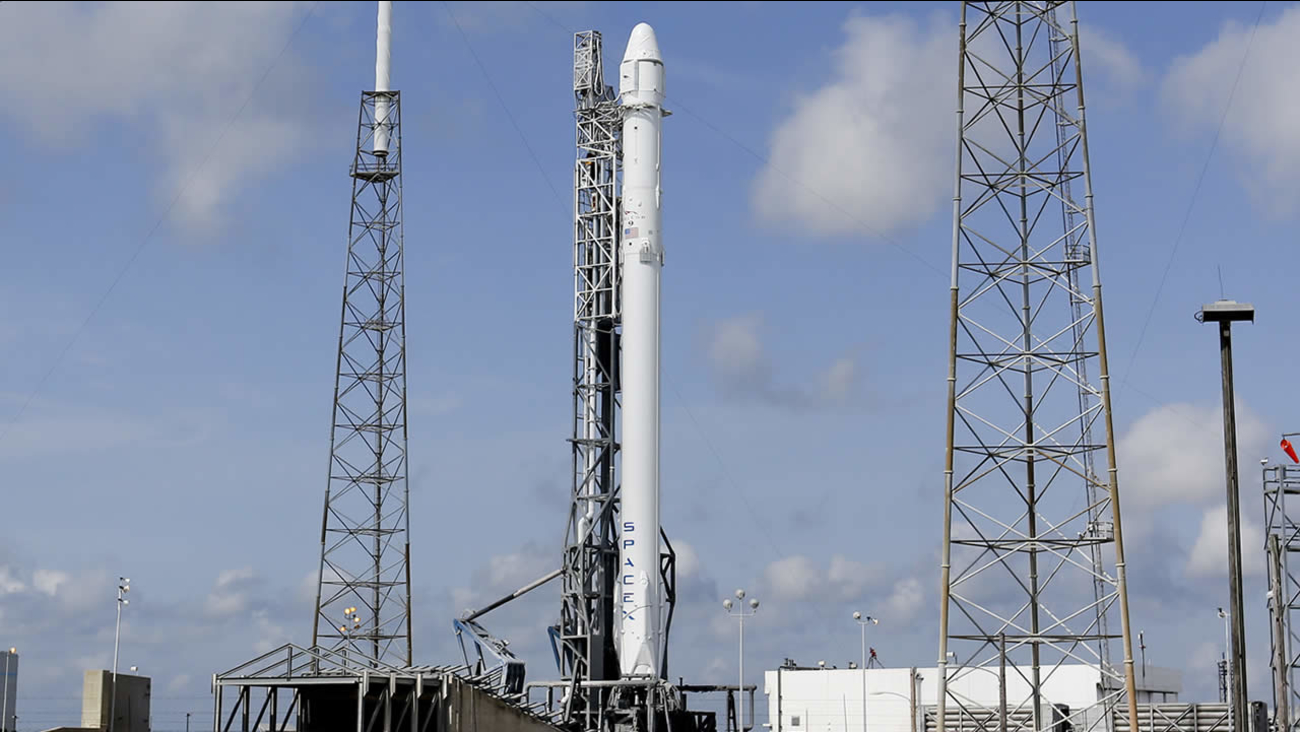 CAPE CANAVERAL, Fla. -- SpaceX will have to wait another day to deliver groceries and an espresso maker to the International Space Station.

Fast-approaching storm clouds prevented the unmanned rocket from blasting off Monday afternoon. The company will try again Tuesday afternoon, but more bad weather is forecast. The odds of acceptable conditions are just 50-50.

SpaceX halted the countdown at the 2-minute mark as a menacing storm system moved into the 11-mile keep-out zone surrounding the Falcon rocket. The company had a single second to get off the ground.

"We were in a race, but we didn't quite make it today," a SpaceX launch commentator said.

The espresso maker was supposed to fly in January, but ended up on backlog following another company's launch explosion last year. That accident left the space station's pantry a little emptier than NASA would prefer. The space agency is trying to get back to a six-month reserve on food.

Once the cargo ship flies, SpaceX will try to land the leftover booster on an ocean barge. It will be the third such landing attempt for the California company led by billionaire Elon Musk. SpaceX aims to reuse the first-stage boosters that are normally thrown away, to make spaceflight more affordable.

Musk said via Twitter on Monday that he was holding the odds of a successful rocket landing at less than 50 percent. On Sunday, one of his top officers put the odds at 75 percent to possibly 80 percent.

The company failed in January on its first effort to fly a first-stage booster to a platform floating off Florida's east coast and land it vertically. The booster's steering system ran out of hydraulic fluid, and the booster hit too hard and fell off in a fiery explosion. Rough seas forced the February attempt to be called off at the last minute. Sea conditions were much better Monday, and the platform was tweaked in the meantime to be more stable.

The platform is dubbed "Just Read the Instructions." It will remain on location in the Atlantic, off Jacksonville.

Musk's company would be the first to accomplish this.

"The implications are huge and, of course, in the long term this might change completely how we approach transportation to space," said Hans Koenigsmann, vice president for mission assurance.