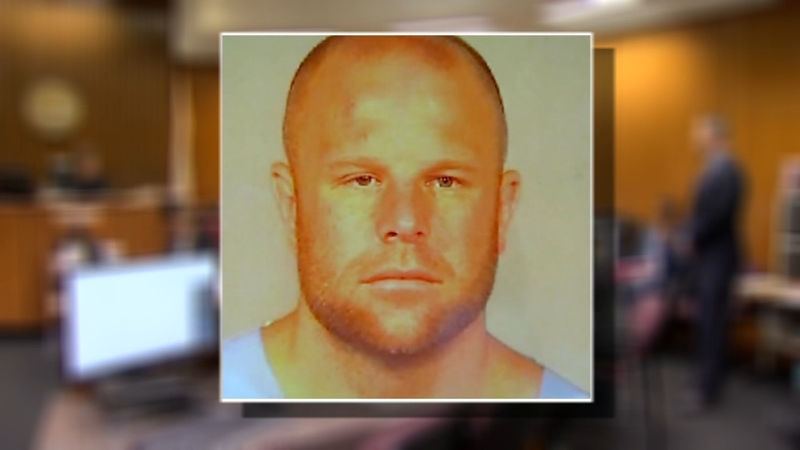 FRESNO, Calif. (KFSN) -- Action News has uncovered new evidence collected in the case of the nanny who was kidnapped, carjacked, sexually assaulted, and robbed in northeast Fresno.

Joseph Matthew Ward, 35, is charged with the crimes and police worked hard to connect the dots between two separate but similar attacks

"As this case goes on with further investigation, the evidence starts to pile up," said Legal Analyst Tony Capozzi.

Surveillance video proved critical in finding a violent suspect. Police say a neighbor's camera recorded Joseph Ward just before he forced his way into a home and basically turned a nanny and a one-year-old into hostages -- threatening to kill them as he attacked her in the home and forced her to withdraw money from an ATM.

But the quality of the home video and more from the ATM is limited and Capozzi says police may have collected better clues.

"The most significant evidence is the fact that it's alleged. He's committed the same act on another woman that he's accused of committing on the nanny," he said.

Action News found a search warrant detailing accusations from a girlfriend who reported a similar attack by Ward a couple weeks after the nanny's case.

She said Ward held her at knifepoint and forced her to drive him around, even holding the knife in a similar way to what the nanny described.

The girlfriend actually reported Ward as a possible suspect in the nanny case after seeing the surveillance video on ABC30.

Ward called Action News from jail and told us he is not the guy in the video and said there is no DNA or fingerprints tying him to the crime.

"There may not be," Capozzi said. "But is there an alibi to where he was at that particular time? And if there is an alibi, would that GPS back up his alibi?"

Police collected evidence from Ward's phone, including GPS information from the date of the crime.

They also say they found his black shorts and T-shirts matching what they saw in the home video.

Ward was on parole and police actually arrested him for a violation two days after the crime when he called in to say someone was trying to poison him.

They determined he was mentally unstable at the time, but they let him go a few days later, just before the attack on his girlfriend.

"As a defense attorney, I would probably argue that was a factor, but the fact that he was released I think takes that factor away," Capozzi said.