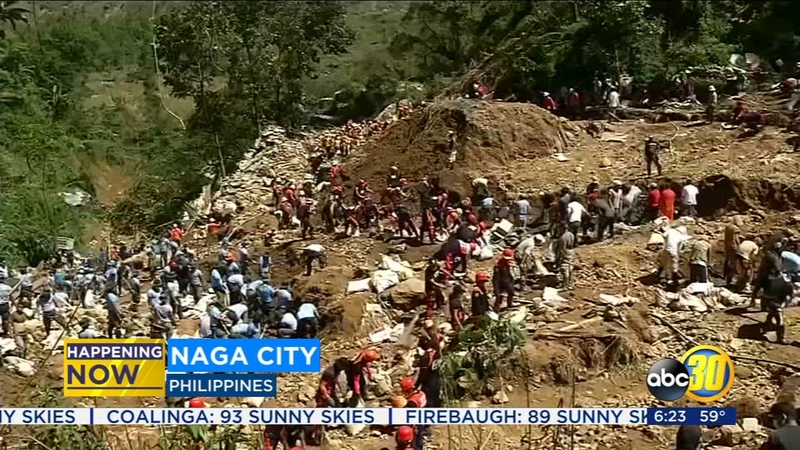 The slide surged down on about 30 houses. Injured villagers were rescued from the huge mound of earth and debris.

Some victims still managed to send text messages after the landslide hit, Gonzales said, adding elderly women and a child were among the dead.

"We're really hoping we can still recover them alive," she said.

The landslide hit and more than 60 missing. A massive search was still underway for dozens of people feared dead after landslides in the gold-mining town of Itogon in the north.

Cebu province was not directly hit by Mangkhut said, adding she, her husband and three children were shocked but unhurt.

Outside, she saw the house of her elderly brother, Lauro, and his family was buried in the landslide.

"Many of our neighbors brother's home, mostly his family and grandchildren, she said, adding that many small houses in her community got hit.

A few days ago, Villarba said she felt sorry for the landslide victims in the country's north.

It's not clear what set off the landslide, but some residents blamed limestone quarries, which they suspect may have damaged and caused cracks in the mountainside facing their villages. Villarba said a light rain stopped when the landslide hit and there was no rain on Wednesday.