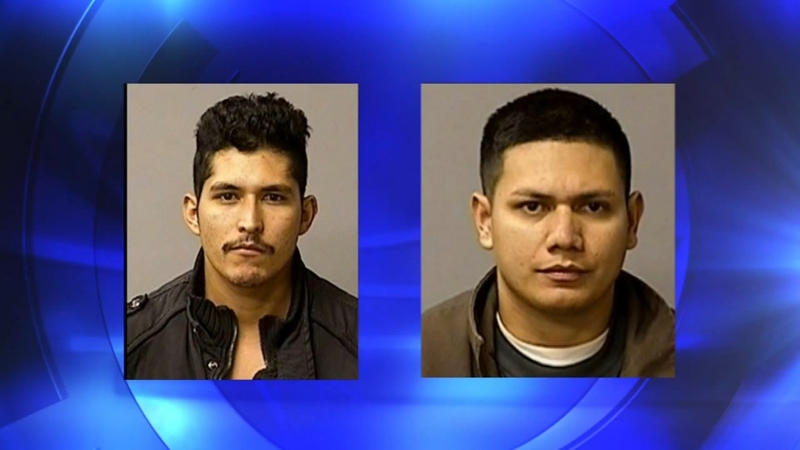 FRESNO, Calif. (KFSN) -- Punishment came Wednesday for one of the men who tried to help a cop killer leave the country.

An undocumented immigrant gunned down Newman police Corporal Ronil Singh during a traffic stop on Christmas Day in 2018.

Corporal Singh's killer avoided police for two days and hatched a plan to leave the country with help from family members and at least one friend. Federal prosecutors filed charges against seven of them.

"It's important that the government comes down very strong on them to make sure this doesn't happen in the future," said legal analyst Tony Capozzi. "It sends a strong message."

Prosecutors say Erik Razo-Quiroz is the only unrelated person involved in the plot.

The undocumented immigrant from Merced got rid of the accused killer's loaded gun, helped him hide his truck, and drove him to various places while a brother collected money and reached out to a smuggler to get him across the border to Mexico.

"Anyone who helps someone escape or to aid in any way this defendant in getting away or covering up any kind of evidence, the government is going to come after and prosecute to the full extent of the law," said Capozzi.

Quiroz said the killer handed him the weapon in a plastic bag and told him to dump it, so he did.

But he insisted he didn't know it was a gun, much less the murder weapon.

A jury acquitted him on a gun possession charge, but they found him guilty of conspiring to aid and abet in flight to avoid prosecution.

Capozzi said evidence from his trial could help convict the accused killer.

"In the killer's case, he's absconding," Capozzi said. "He's running away. That's flight to avoid prosecution. That's indications of guilt. So that's evidence that'll be bought in by the district attorney to show that he knew what he did and he was trying to run away and get away with it."

The judge sentenced Quiroz to 21 months in federal prison, the shortest sentence in the guidelines for this conviction, but the same amount of time he gave the accused killer's younger brother who hatched the escape plot.

His defense attorney, Barbara O'Neill acknowledged how tragic the case is and said Quiroz will almost definitely get deported after he serves his prison time.

Another of the accused killer's brothers will face sentencing next week.

Corporal Singh's family has come to Fresno for every court hearing in the case.